I started out the year going strong, but about seven months in I hit a wall. A wall constructed of pregnancy related nausea, where in trying to read words on paper or an electronic screen caused me immediate and extreme MISERY. And so my list all but came to a screeching halt. Only the last two or three books on the list were finished post positive pregnancy test. I'd like to hope for more books read in 2015, but with a new baby that is likely an unrealistic goal.
You can check out my lists from previous years here:
2013
2009
2008
2007
2006

When people I've haven't seen recently ask me how I'm doing, my standard response is "better."

And while I'm still not enjoying this pregnancy at all, I am absolutely feeling better than I was. The nausea has faded almost entirely, although I must still take care to eat snacks on a regular basis. I am also able to eat a wider variety of food than I was before, including vegetables (thank goodness!).

My extreme sensitivity to smells has also faded to a more tolerable level, which is another welcome development. I also have slightly more energy, which is good because I've taken on a part-time retail position for the holidays. Compression socks are my friends.

I feel enormous. Laughable, I know, considering I have another 3 months to grow even BIGGER. When I over-eat I feel incredibly uncomfortable, like my belly is about to burst. This is harder to avoid than you would think. The last few days my back has been complaining mightily as well.

The best development since I posted my last update is being able to feel the baby move. Every time is exciting and reassuring. It's pretty cool.

Email ThisBlogThis!Share to TwitterShare to FacebookShare to Pinterest
Labels: Pregnancy

On Friday morning after a relaxed and indulgent Thanksgiving we woke early, loaded the bags and dog in the car and set out in the midst of a lake effect blizzard. It took us 45 minutes to drop her at the boarder and get on the Thruway, but fortunately my husband had planned for more than enough time. As it was, we still had tons of time to kill waiting for the train in Albany. Neither of us had ridden the train before, and while it was an interesting experience, we both felt satisfied that we've checked it off some invisible list and will never need to do it again. It is just not an ideal way to travel for people that are prone to motion sickness and independence.

Our hotel was between Rockefeller Center and Times Square, a charming place with lots of character and tiny rooms. We ate at Virgil's because my husband is convinced they have the best barbecue on the planet (if I never ate bbq again I would not be sad), got pizza in Little Italy, cupcakes from Magnolia's, and various other NYC style food. We walked around Times Square (which I HATE) and Rockefeller Center. We went to the Today Show and were on TV at 7:30am on Saturday morning if anyone was watching (we didn't think to record it). We walked the High Line, visited the 9/11 Museum, and went to the Christmas Spectacular at Radio City Music Hall.

I walked more than I've walked in months, and we both were exhausted for days after getting home. I also aggravated my tailbone during the hour and a half show at Radio City, so that's not awesome. Something about the angle of the seats caused excruciating pain almost from the second I sat down, and it shows no sign of getting better.

My favorite part was by far the High Line. You should check it out. 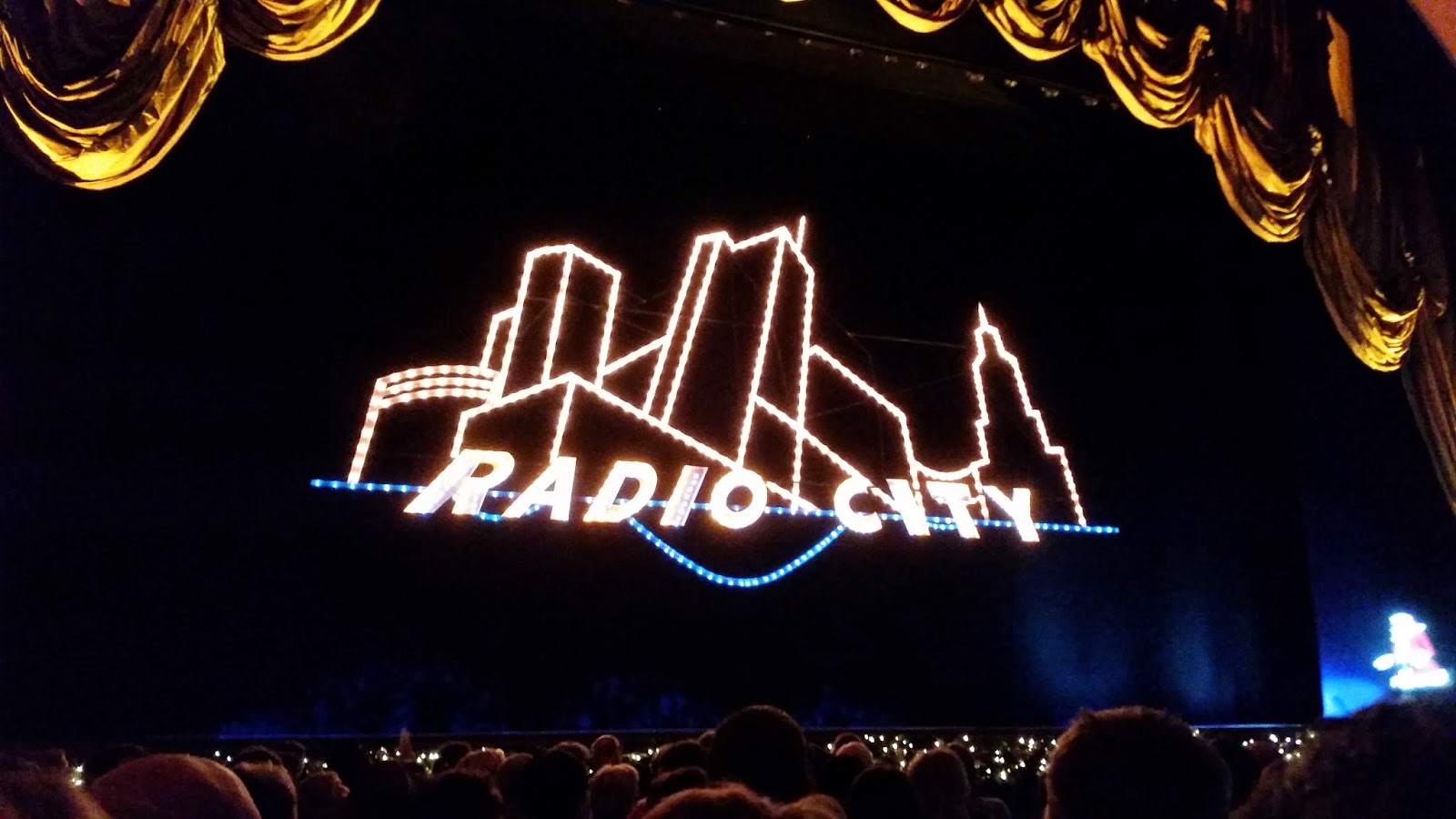 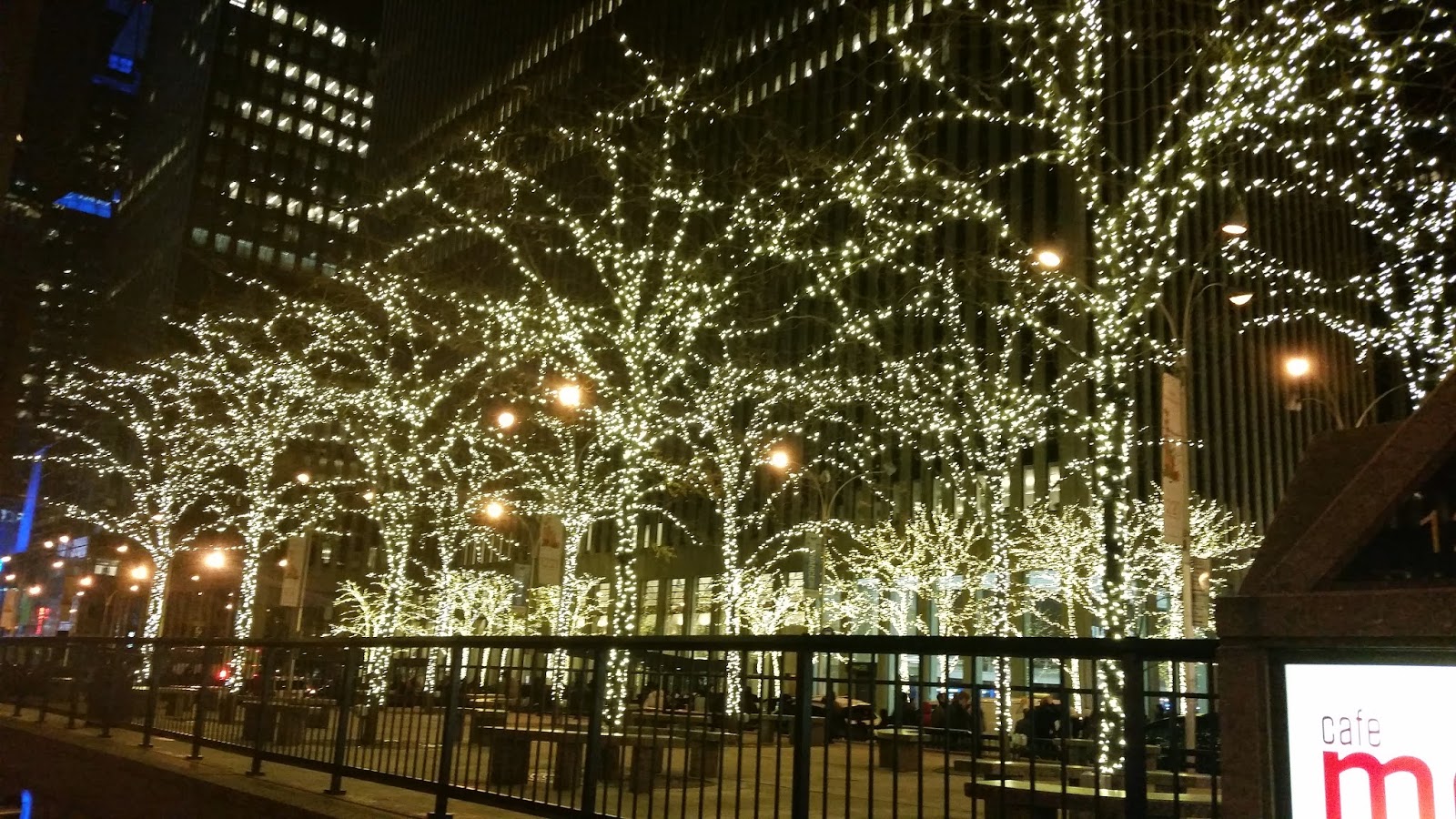