On Saturday my son and I went to Second Home Nature Center for the annual harvest festival. We checked out a few crafters selling their homemade goods, ate some fresh sugary donuts, went for a "hike" with Grandpa before his volunteering shift started, and petted some animals at the petting zoo. The weather was delightfully cool and fall-like. We missed most of the crowds by getting there minutes after the festival opened and leaving before lunch. 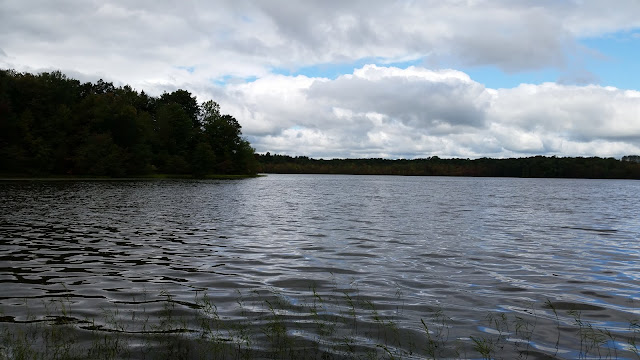 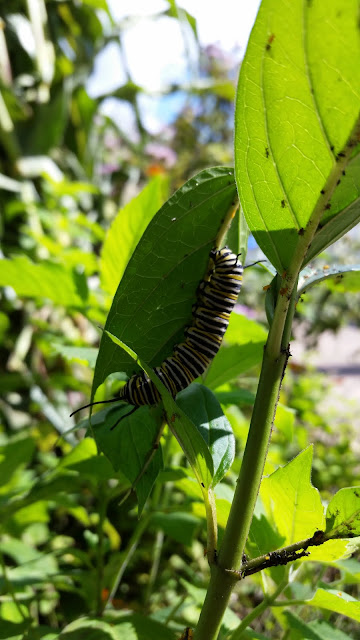 I've been wanting to try the bread machine my husband left, but all of the recipes I'd found online said to follow the machine's instructions, which I do not have. I finally found one that didn't say that and didn't call for bread flour, so I tried it out during my son's nap on Saturday. But then, I lost count while adding the whole wheat flour and the dough was rock hard once it started mixing so I panicked and threw in some extra water. The loaf came out oddly misshapen and very, very heavy. Like heavy enough that it could be used as a deadly weapon. My son won't eat it, and I'm finding it requires A LOT of butter to make it edible. I probably won't use that recipe again, even if it was my own fault for losing track of the flour. 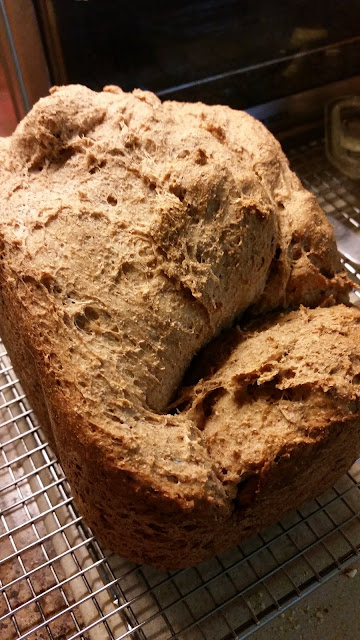 On Sunday during nap I threw together a family specialty, mac and cheese with only three ingredients. I didn't put enough milk in initially and then I didn't check it soon enough, so the top layer of noodles are too crispy for my preference. I spent most of dinner time last night picking them off one by one so hopefully the rest won't be so yucky. The rock hard crunchy noodles ruin it for me. Sadly, my son wasn't impressed with our family tradition and refused to eat more than a few bites. So not the most successful cooking experiences. But otherwise, weekends are wonderful, of course. 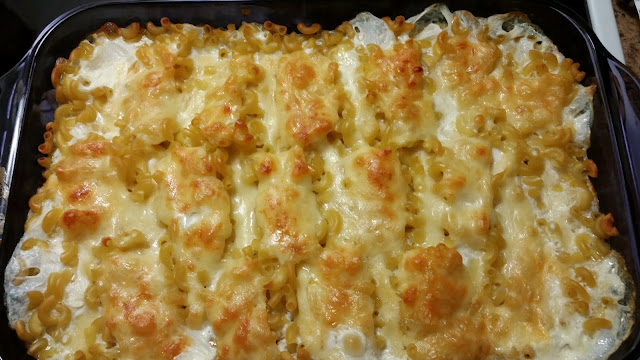 Joining Karen at Pumpkin Sunrise.
Posted by a/k/a Nadine at 11:11 AM

Sorry about the failed cooking experiences! But don't give up!! Eventually, You'll get the hang of it. And then you can make food just the way YOU like it.

PS, you might be able to rescue the overbaked macaroni by scooping them off, and putting them in the nukerator with milk, cheese and heating them for ten or 15 minutes

bummer about the bread....I would think if the maker says one pound loaf or such you could find a french bread recipe that would work. Make sure you use bread flour, that makes a BIG difference... Lovely photos!