Drinking: Pineapple Peach Kombucha. I splurge every week and buy myself one bottle of kombucha at the grocery store. I drink half on Monday and half on Tuesday.
Watching: I'm still watching ER. I've more or less abandoned most of my other shows in favor of ER. I realized recently that several of the things I'd been watching are no longer enjoyable and I was just watching them out of habit. And that's just silly.

Working on: Shuffling stuff around to make the family room a more usable space. Unfortunately this does not involve much discarding of items (even though it should). More like carrying piles of crap to the basement. It's in the 'worse before it gets better' phase. Hopefully it doesn't remain there permanently.

Playing with: We spent a long time playing in the yard yesterday: throwing and kicking a ball, picking up sticks, playing in the sandbox, swinging, etc. It was wonderful to be outside again and not wearing snowpants.

Feeling: Amazed that my baby boy is THREE YEARS OLD today. And slightly bewildered. How is it possible when just yesterday he was a newborn? I reread his birth story this morning thinking I might share it today in honor of his birthday, but oof. No, still too soon. Maybe in another 3 (or 30) years.

Email ThisBlogThis!Share to TwitterShare to FacebookShare to Pinterest
Labels: Currently

I have continued baking bread since I last posted about it. I've tried a couple recipes, but it always boils down to having to touch the dough. I HATE IT. As in, can NOT deal. No, no, no. I found a no knead recipe and gave it whirl Monday night. You mix up the four ingredients with a wooden spoon and let it sit on your counter for 12-18 hours, or in my case, closer to 22 hours (work being so inconvenient and all). Then you're supposed to bake it in a dutch oven, which I don't have, so I just threw it on a cookie sheet like I've been doing with all the loaves. And voila! Bread! And I barely had to touch it at all. Perfect.

Saturday morning and with it, snow. But we needed to get outside and Little Man was in good spirits, happily agreeing to go for a hike. As always he hoped for his aunt and cousin to join us, but they were otherwise occupied. He didn't even balk at the snowpants, big coat, or big mittens. I was overly optimistic at how smoothly it all was going.

The "I've got boogies" complaint started only a few feet down the trail. Spirits sagged. I wanted to throw myself face first into the snow and cry. Here we were in such a beautiful setting and I couldn't even appreciate it. I suggested we go back to the car (multiple times), but he kept choosing to go forward, even though clearly no one was having any fun.

We made it to the observation tower and carefully climbed the snow covered stairs. The wind whipped off the lake with such ferocity the snow stung my face. I tried crouching down below the height of the railing but it didn't help, so I dragged my very resistant child back down the stairs. Fortunately, it was at this point that we made a discovery that turned things around. There was open water under the tower and snow is fun to throw and kick into open water.

Eventually we got out to the end of the island where I mentioned the possibility of pancakes and sausage back at the building. We very rarely go inside the nature center, so this was a big departure for us. But dude LOVES sausage (eew). I buy the fake sausage to eat at home, but I suspected he'd be more than happy to eat the real stuff too. So that motivated him all the way back to the building. After we ate he ran around the exhibit area looking at the animals and playing with the touch & feel table. When it was time to leave, I steered him into the gift shop. I know this seems like an odd decision, but I wanted some maple candy. I was prepared to buy him a small (not edible) treat in order to satisfy my sweet tooth, but it ended up working out better than I could've have hoped for. He settled on a small rubber snake and after paying I suggested he show Mr. Snake where our car was. And that's exactly what he did, with enthusiasm and no fuss about leaving the super fun building.

Let's try not to worry about what happens next time when there is no sausage and Mommy does NOT want to go inside the boring, overly heated building. 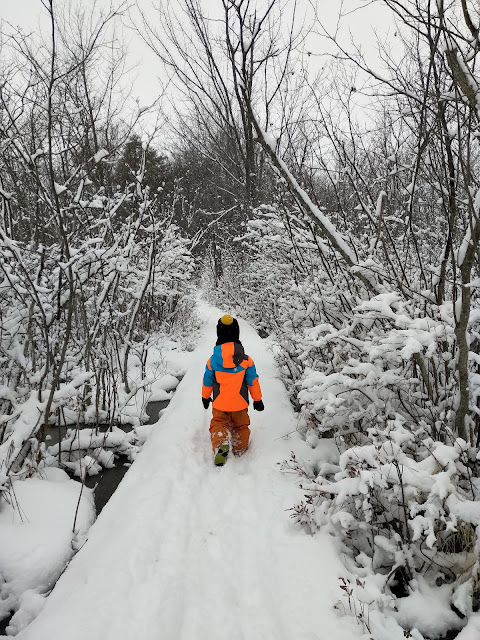 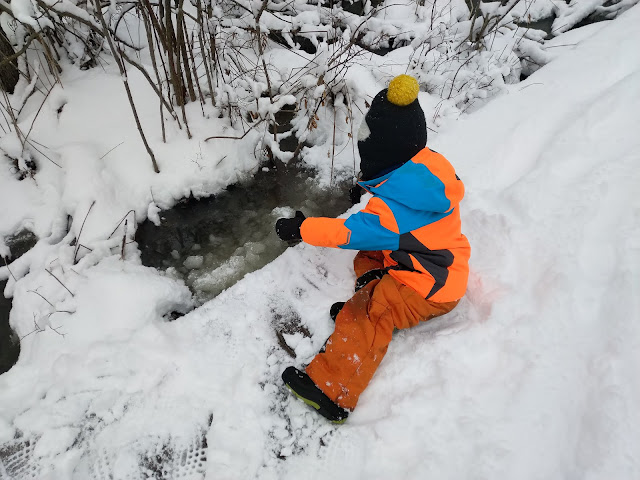 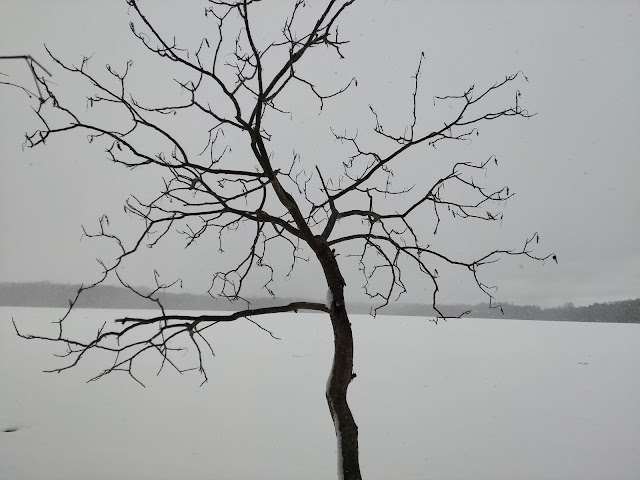 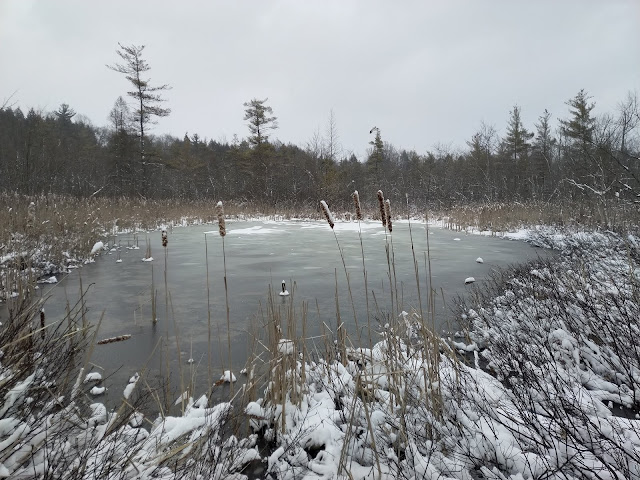 Email ThisBlogThis!Share to TwitterShare to FacebookShare to Pinterest
Labels: Hiking

School pictures: I framed them (in cheap, boring frames) and have them propped up at the moment. I need a plan of attack for displaying framed photos, but decorating is not my area of expertise or interest.

Aldi (revisited): After additional shopping, I have determined that Aldi will never replace Wegmans for me. I have switched to Aldi diapers and other non-food items like garbage bags, toilet paper, etc. The produce is significantly cheaper, but selection and variety is limited and unpredictable. Things I have tried and rejected: cereal bars, granola bars, chocolate chips (nasty!), and a frozen pasta meal.

365 Mile Challenge: I even logged my first bike miles of the year. Yay!

Holidays: My son and I had lots of fun decorating for Valentine's Day. We've done some minor decorating for St. Patrick's Day (pictures will be shared in the March update), but I have been disappointed to find not much in the way of fun decor. The stores seem to have moved directly to Easter without much thought for St. Paddy's. I was hoping to find a string of shamrock lights to replace the hearts below. 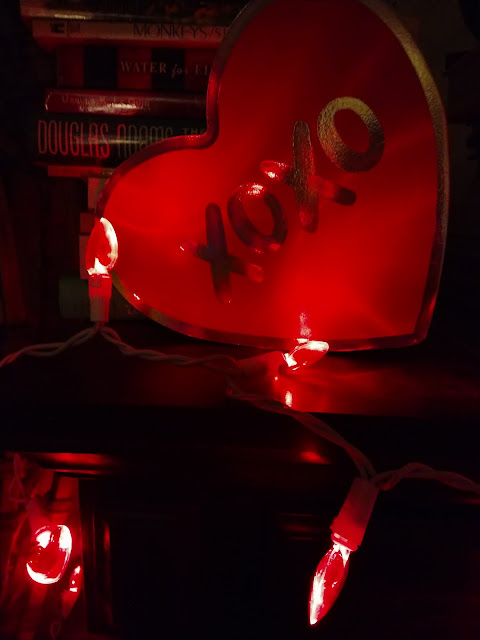