Until recently, I would not have connected running water, flush toilets, heat, electricity, or a queen (short) bed with camping. But near the end of April my husband and I went to yet another camper show at the Fairgrounds and found one that really clicked for us. A few hours later, it was ours. A few days later it sat in the side yard, ready for use. 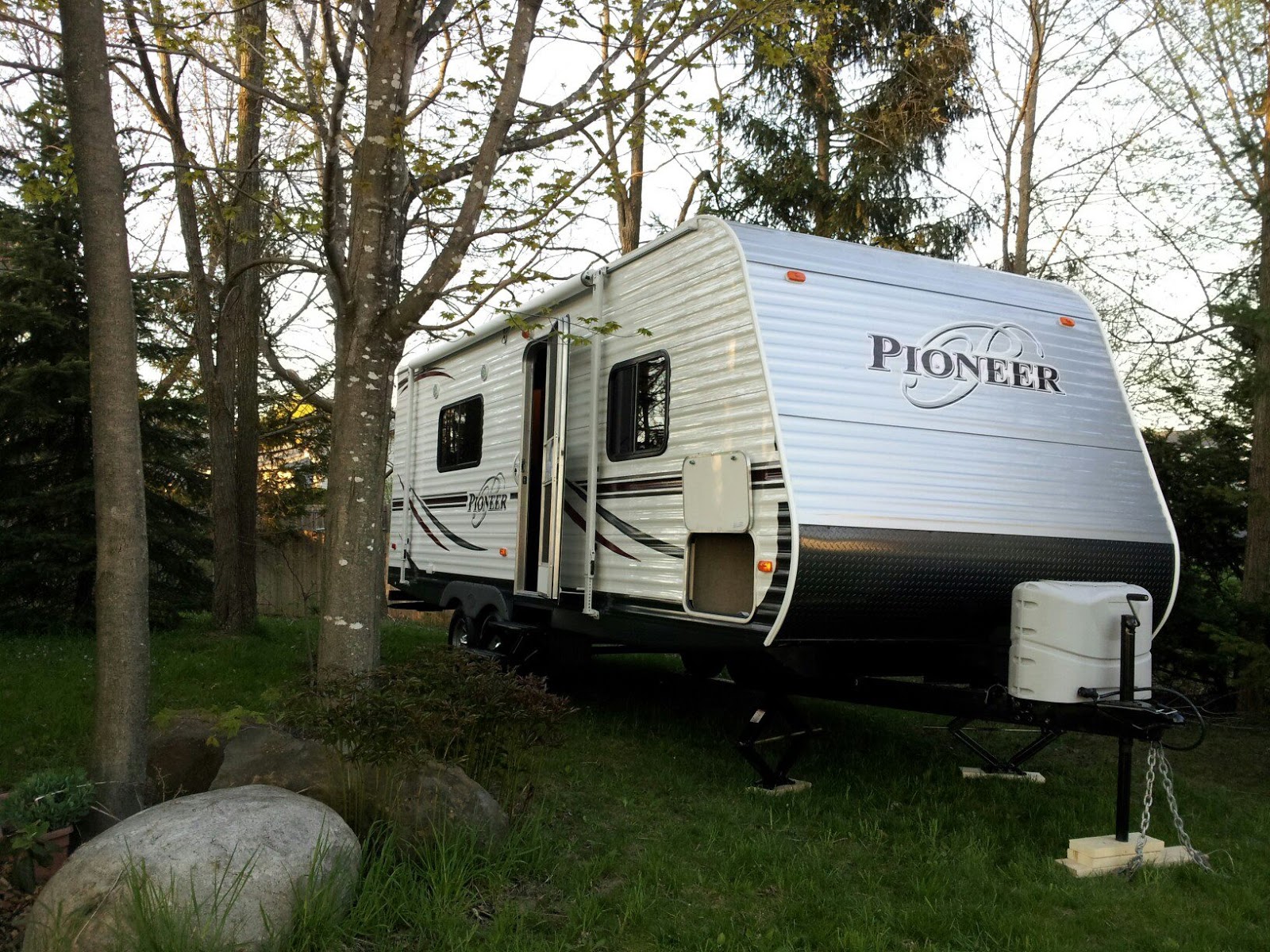 My husband is 6'4" so ceiling height was important to him, as was fitting in the shower. I wanted a bathroom bigger than those horrible little corner units. So we sacrificed the typical "bunk house" in the rear of the camper for a bathroom that runs the entire width. I'm not too keen on sharing my camper with other people anyway. It's crowded enough with two small dogs.

It has rained on every single trip we have taken so far, which makes us doubly grateful not to be sleeping on the ground. We've gotten to hike, kayak, go for a bike ride, and just sit around the campfire and relax to the sounds of the woods and creeks around us. So far, so good!
Posted by a/k/a Nadine at 10:21 AM

I hope you keep on enjoying it! YAY! Getting out is the primary thing! :-D

This has been a rainy season!

Hoping to book a campsite for our next trip tonight. Yay!