It's obviously been awhile since I've posted about my dogs, and since I spent an hour at the vet with Small Dog after work today, the dogs are on my mind. So...

Mr. Dog is now 13 years old, which means he is considered a senior citizen. As such, his eye sight is faltering but still sufficient for day-to-day life. His hearing, on the other hand, is almost completely gone. He can no longer hear my commands to go outside or to get in his kennel. I have to flail my arms around to get his attention (if he is awake) or nudge him (if he is asleep). The most complicated part is that he was never particularly good about being quiet on command and now he is even worse. I have to holler at the top of my lungs for him to even know I'm making a request. It's best to remember that when the windows are open. No need for the neighbors to think I'm trashy (or abusive). Otherwise, he's as healthy as one can hope for a senior dog. 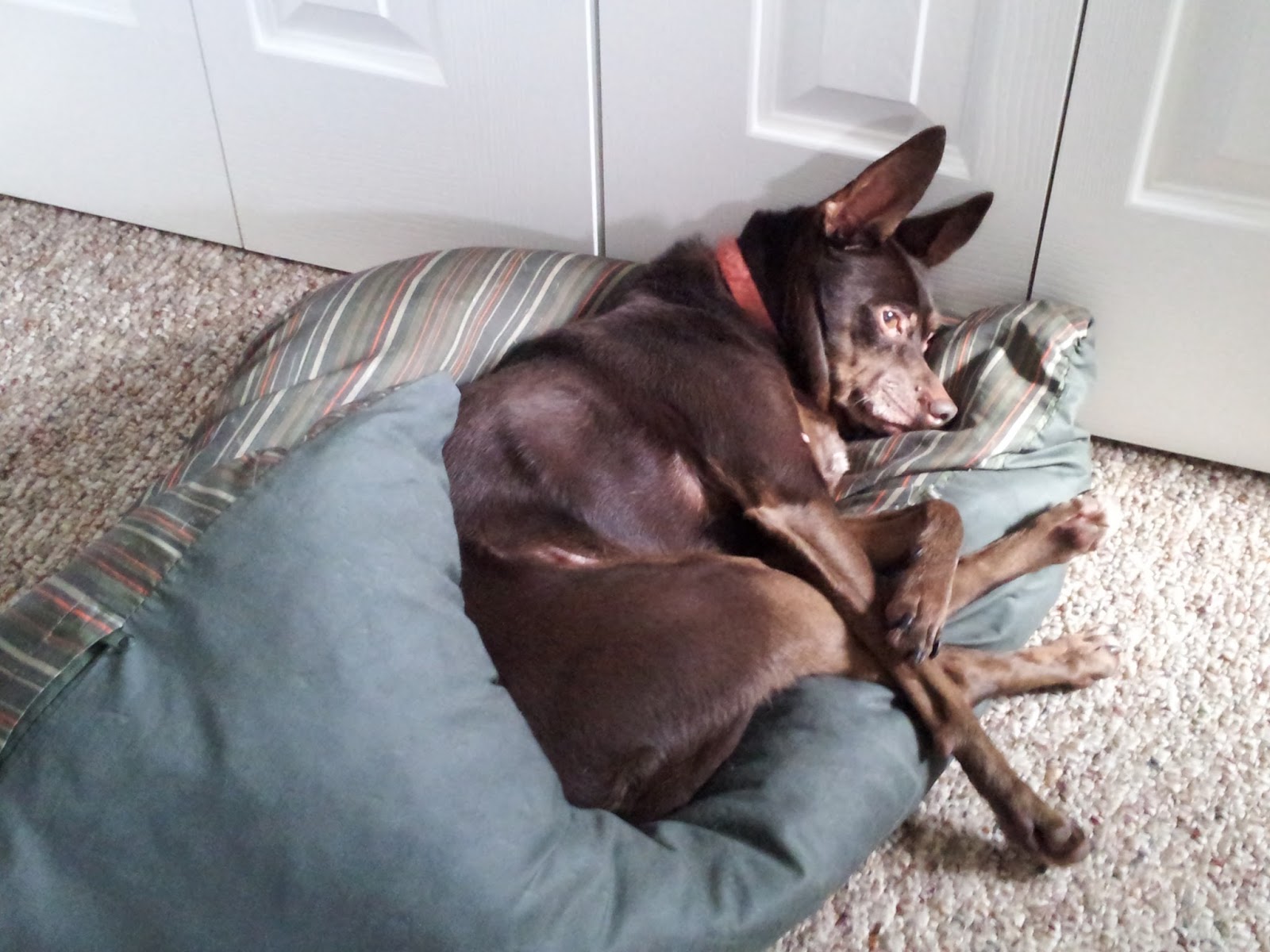 Small Dog isn't so lucky. Sometime over the winter she developed an allergy. Her skin reacted horribly and became infected (both bacterial and fungal). She scratched and chewed and lost patches of fur. She flaked, she smelled, she was greasy and gross and of course, she was quite uncomfortable. At the first trip to the vet they quarantined us in an exam room until they could get the results back that it wasn't scabies (it was not, thankfully, scratch, scratch). The receptionist even came in to retrieve my credit card and then ushered me out the entrance to avoid any interaction with other dogs in the waiting area. We went home with anti-fungals, steroids, and special shampoo (she received a shot of antibiotics while at the vet). And she got better.

Then she got worse. The meds ended, but I kept bathing as instructed. I tried benedryl (with the vets permission, of course). By the time I took her in again, the microscopy revealed her skin infection was twice as bad as the first visit. This time we went home anti-fungals, steroids, and antibiotics since the infection was too severe for the single shot.

Tonight was her follow-up. The vet and I discussed a maintenance plan, since obviously her allergy is too much for shampoo and antihistamines to control. It's amazing what a difference the meds make. I hadn't realized how it had affected her personality since it happened so gradually, but she became clingy and whiny and anxious. Now she's bouncing around the house again, willingly goes outside, and scarfs down her meals. Clearly she's feeling better! 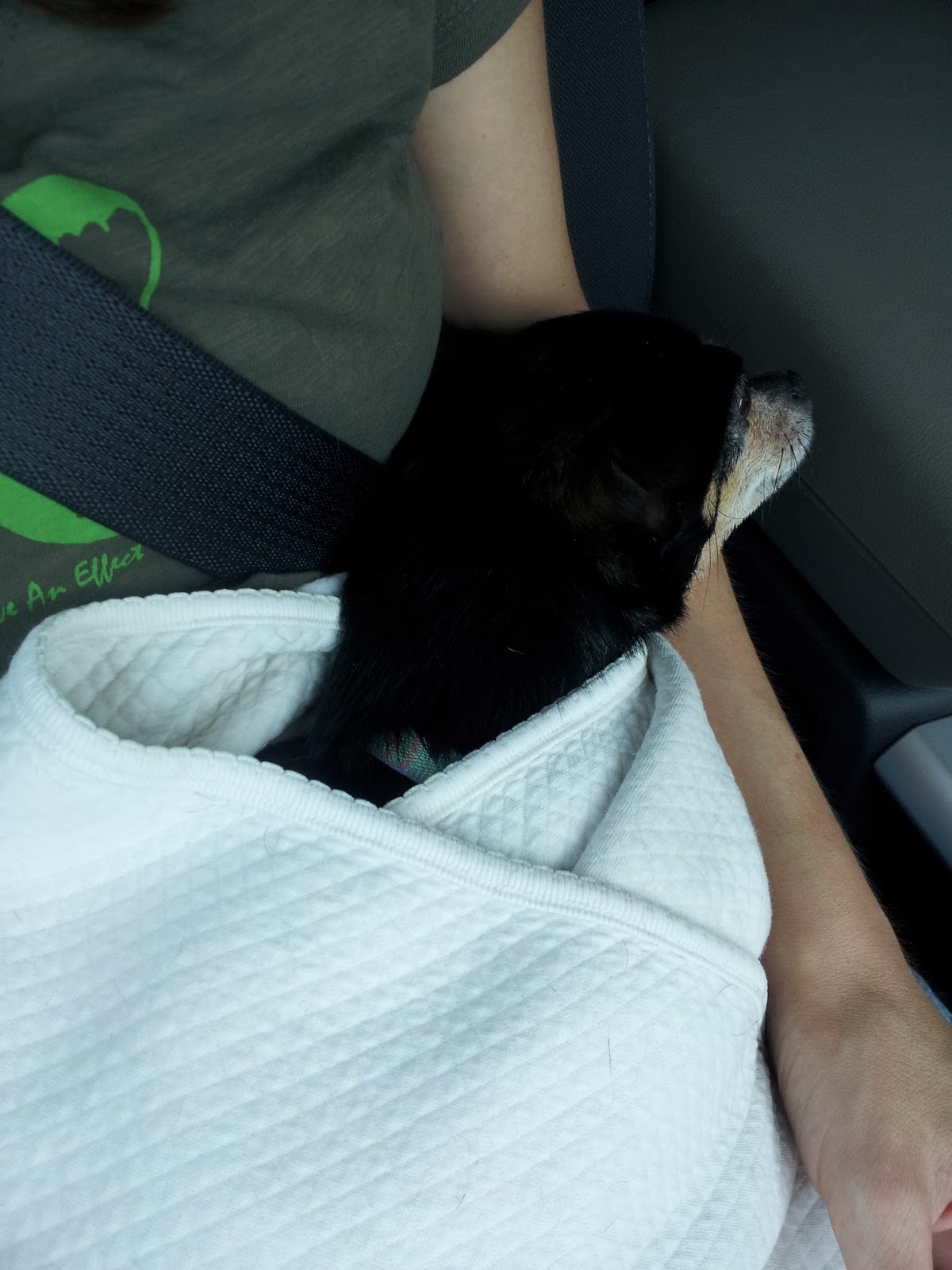 (Small Dog wrapped up like a burrito en route to a campground. The blanket makes all the difference for her when it comes to traveling.)
Posted by a/k/a Nadine at 9:07 PM

Email ThisBlogThis!Share to TwitterShare to FacebookShare to Pinterest
Labels: Pets

Glad Small Dog is feeling better -- that sounds so stressful to see your pup out of sorts like that!