In the week leading up to her birthday my sister started eyeballing the weather forecast and plotting a potential hike to celebrate her big day. As the day approached, the forecast promised 0% chance of rain, so we finalized our plans.

The day started at 3:15am when my eyelids popped open and I found myself wide awake a full 20 minutes before the alarm was set to go off. I stayed in bed resting until 4 minutes remained and then I slipped out, turned off the alarm and zipped through my morning prep. 20 minutes later I was out the door and driving to meet my sister at the park-n-ride. A quick transfer of gear from my car to hers and we were off. 4:19am and driving east.

I decided to try using the memo app on my phone to record our times on the hike. This was a first for me, so I didn't think to make note of when we started hiking again after taking breaks, etc. Maybe next time I'll take more notes, because it's kind of neat to see the details in black and white.

We made insanely good time on the drive up (a.k.a. someone drives like a bat out of hell) and walked away from the car at 7:37am. This was my first hike from the St. Huberts trailhead at the Ausable Club. I'd heard all about the golf course weirdness and the monotony of the Lake Road, and was pretty stoked to see it all for myself. In some ways though, the thing I found the most odd about the golf course is that it was completely empty when we walked through it both in the morning and the evening. The courses at home are occupied at all hours of the day.

The Ausable Club was as swanky as expected. 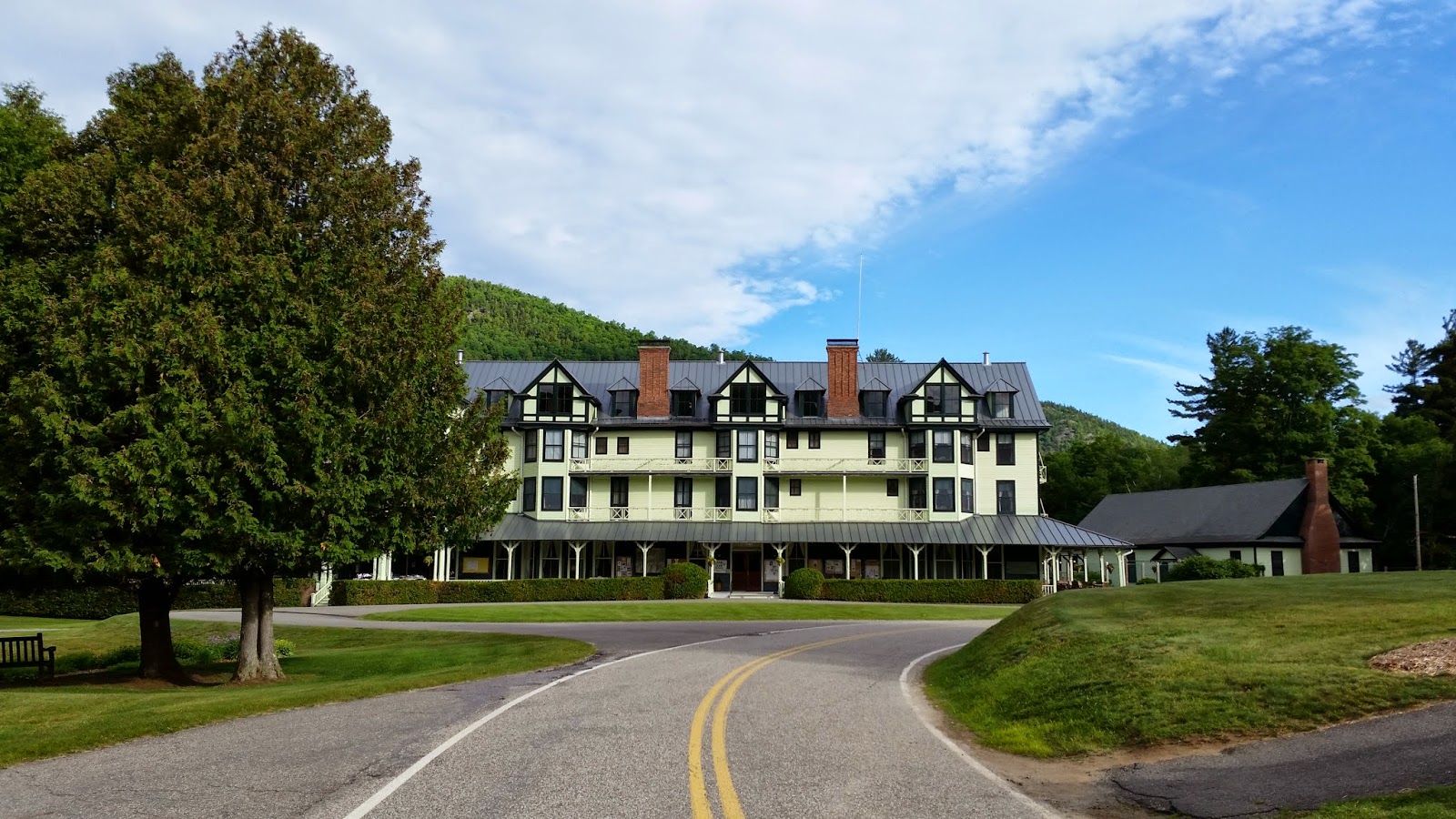 We snapped some quick pictures and signed the register 15 minutes after leaving the car. I had to take a picture of the famed gate, even though the lighting was not ideal. 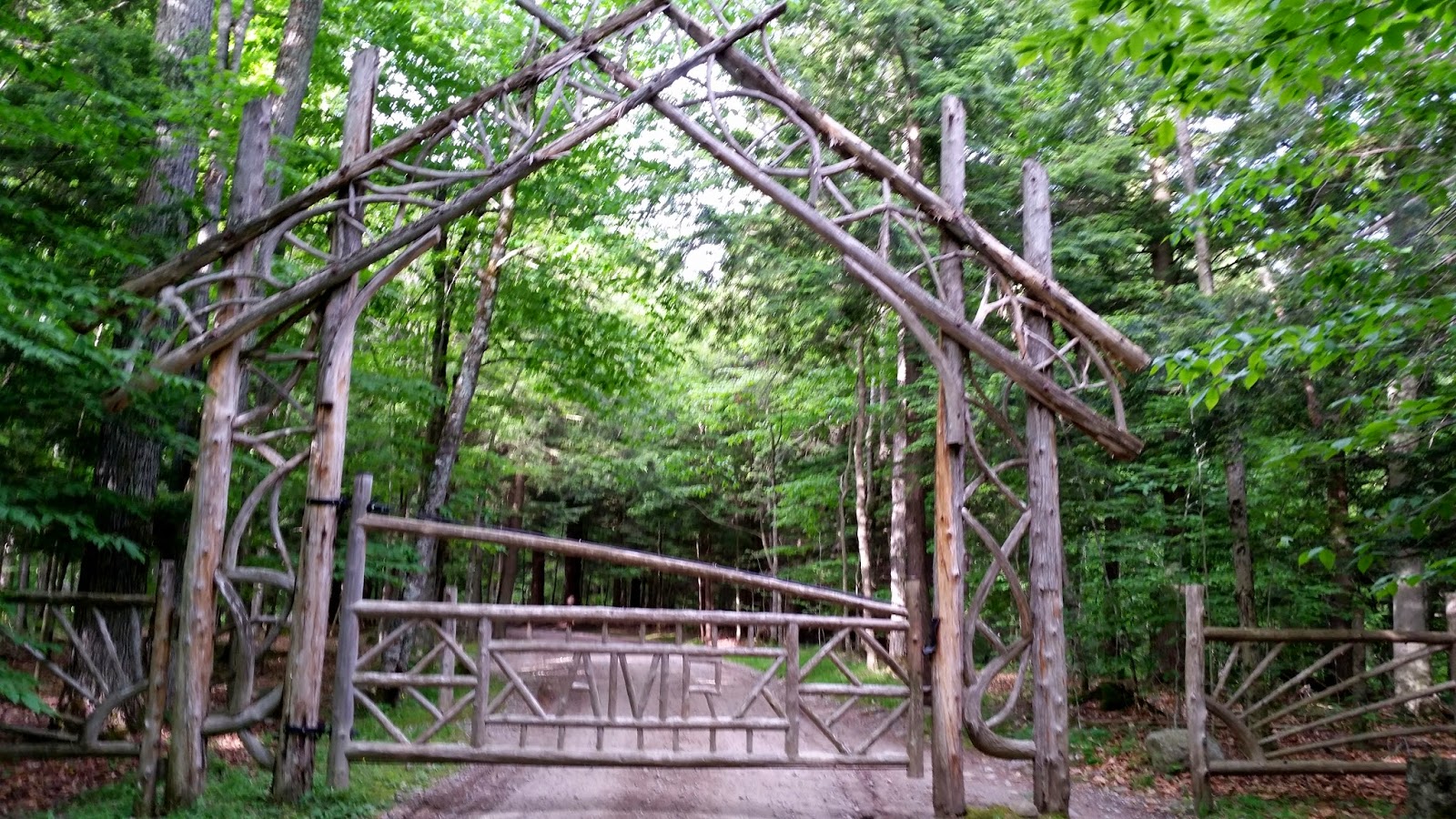 The Lake Road had more of an incline than I anticipated, and was wider and more well-groomed than I thought it would be. I didn't get to see the bus in action, but we were passed on the way out by a pickup truck that buried us in a cloud of dust so thick we had to cover our mouths and noses with bandanas and wipe grit from our eyes long after it was gone.

After 40 minutes on the Lake Road we turned onto the Gill Brook Trail. 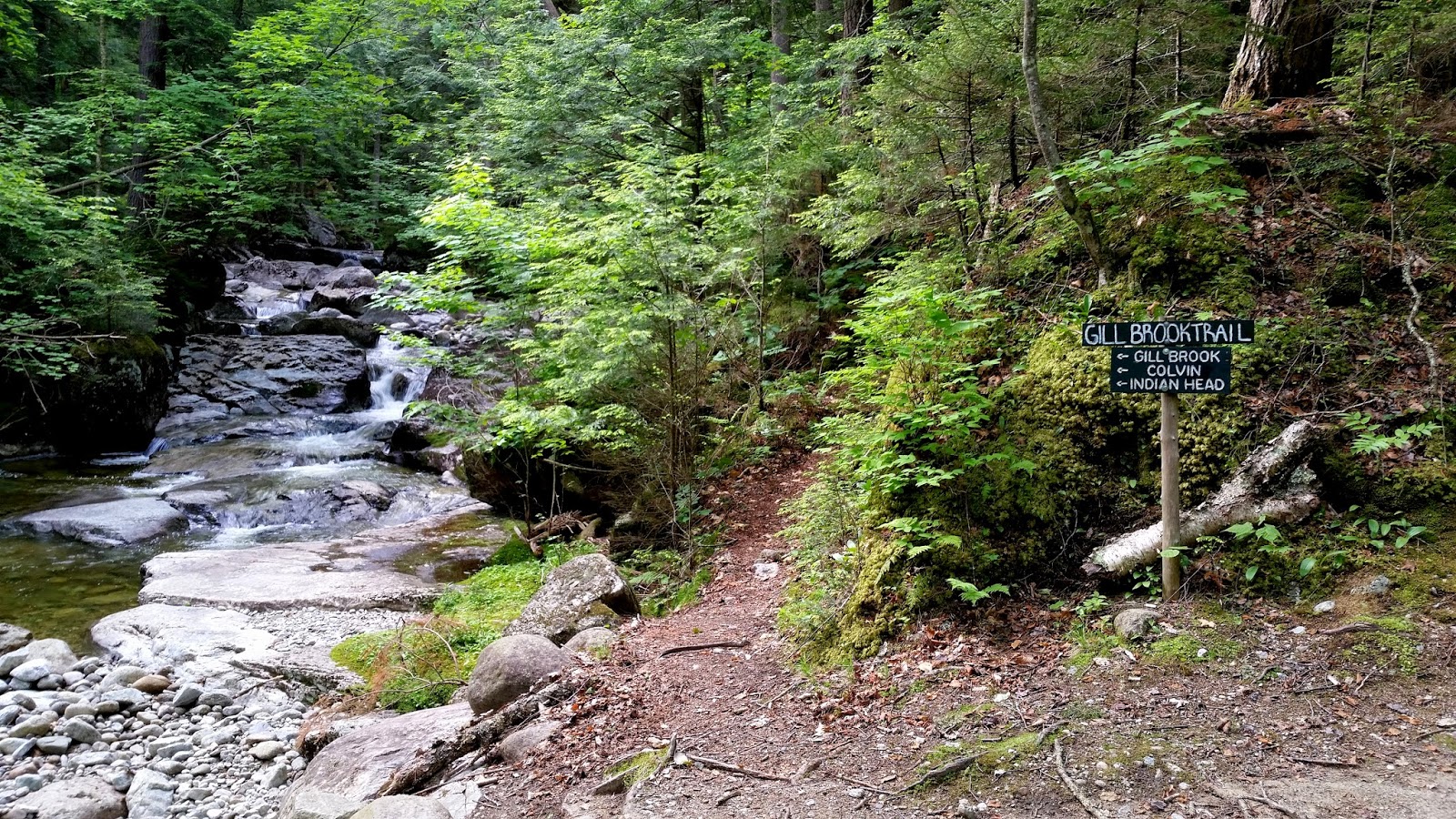 Before getting down to business, we paused to take pictures of the lovely brook and so I could get out my hiking poles (I'd secured them to my pack for the first leg of the hike, as they were unnecessary up until that point). 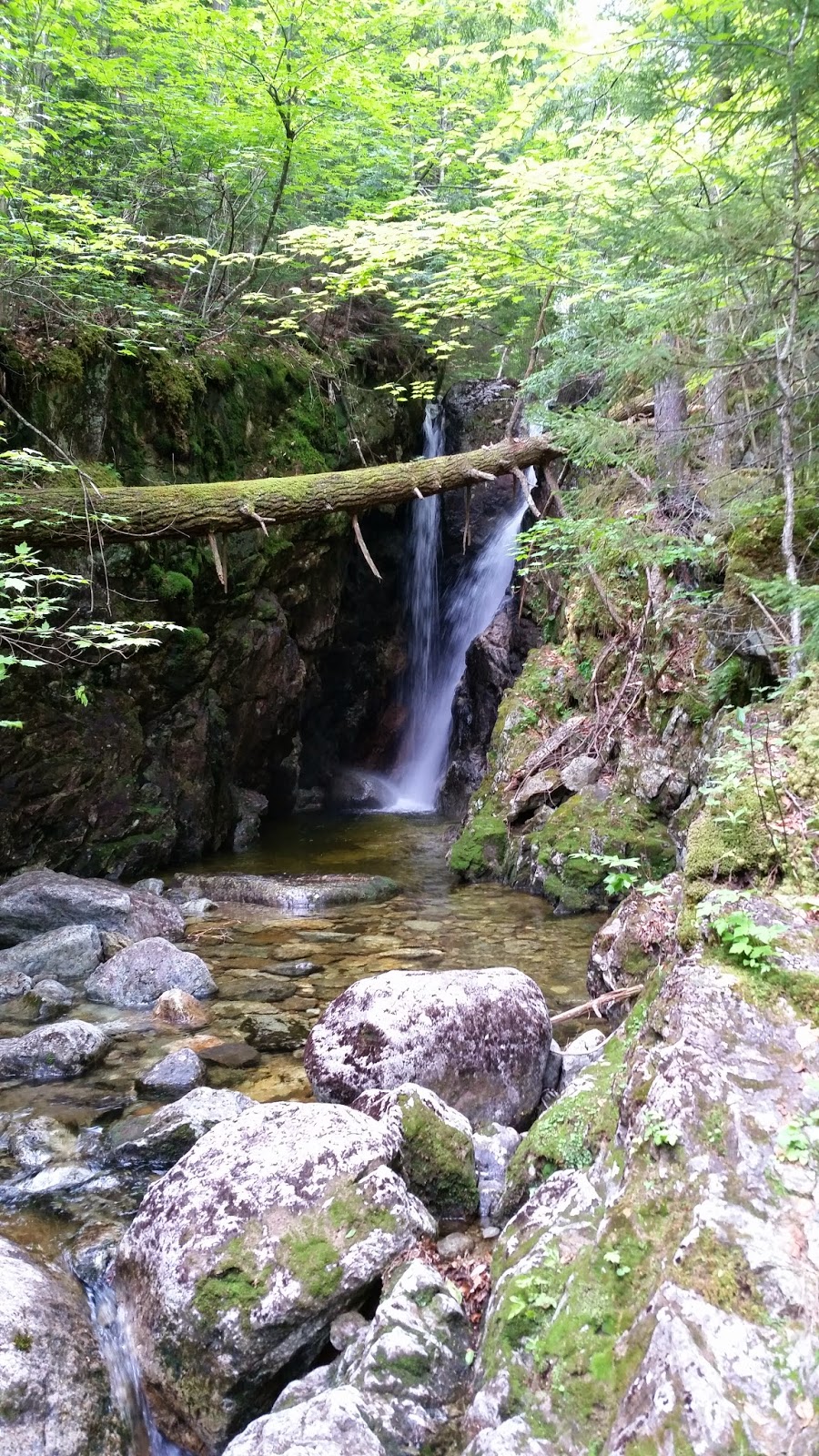 We reached the summit of Mt. Colvin at 12:15pm. It was occupied by two older couples, both of which had passed us earlier on the trail (we like to take our time, if that isn't obvious by now). We chatted a bit more, they snapped a picture of us and then they departed, leaving us to enjoy the summit by ourselves. We took more pictures, ate our peanut butter and jelly sandwiches and rested for a good 45 minutes before heading down into the col. 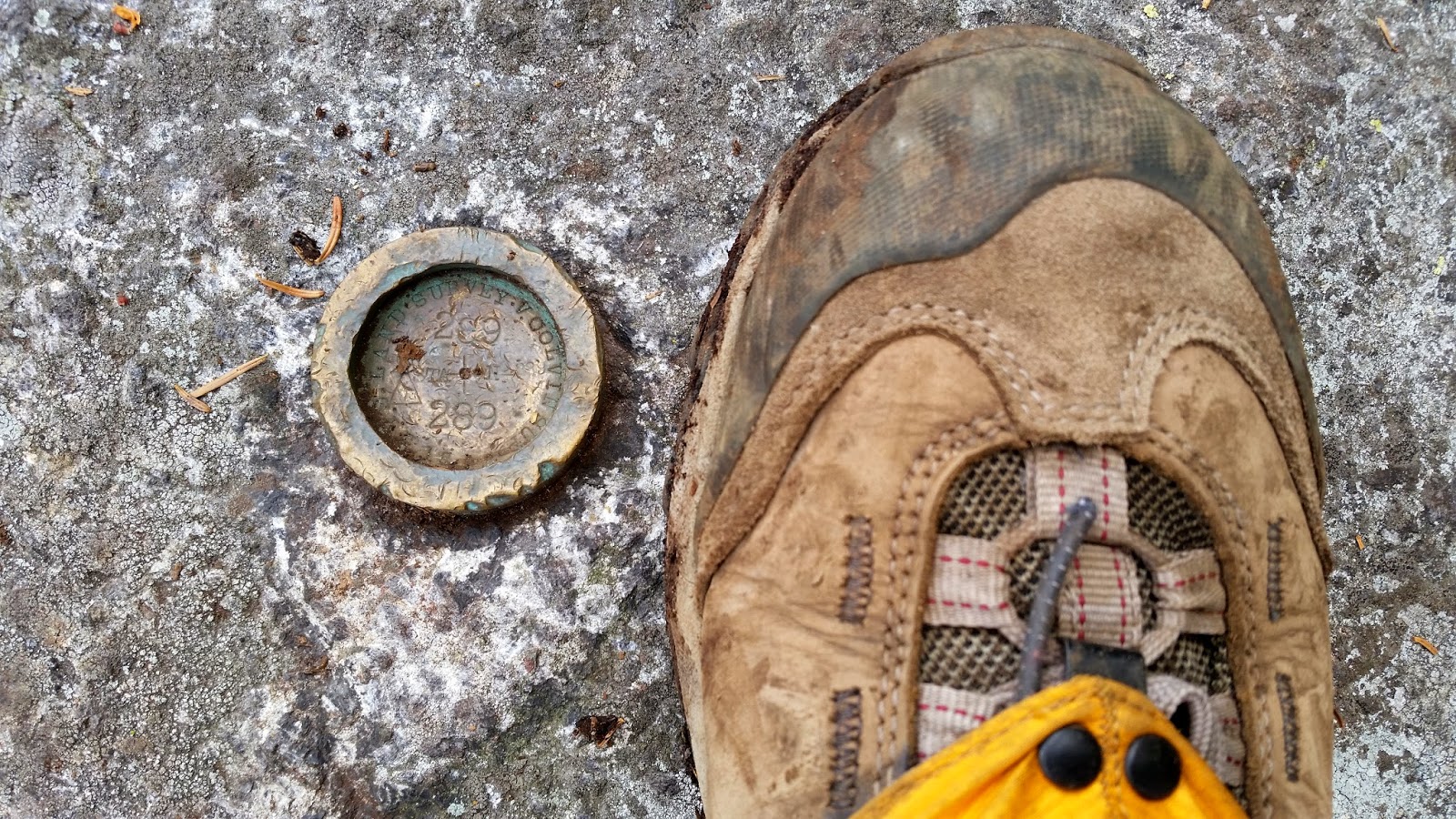 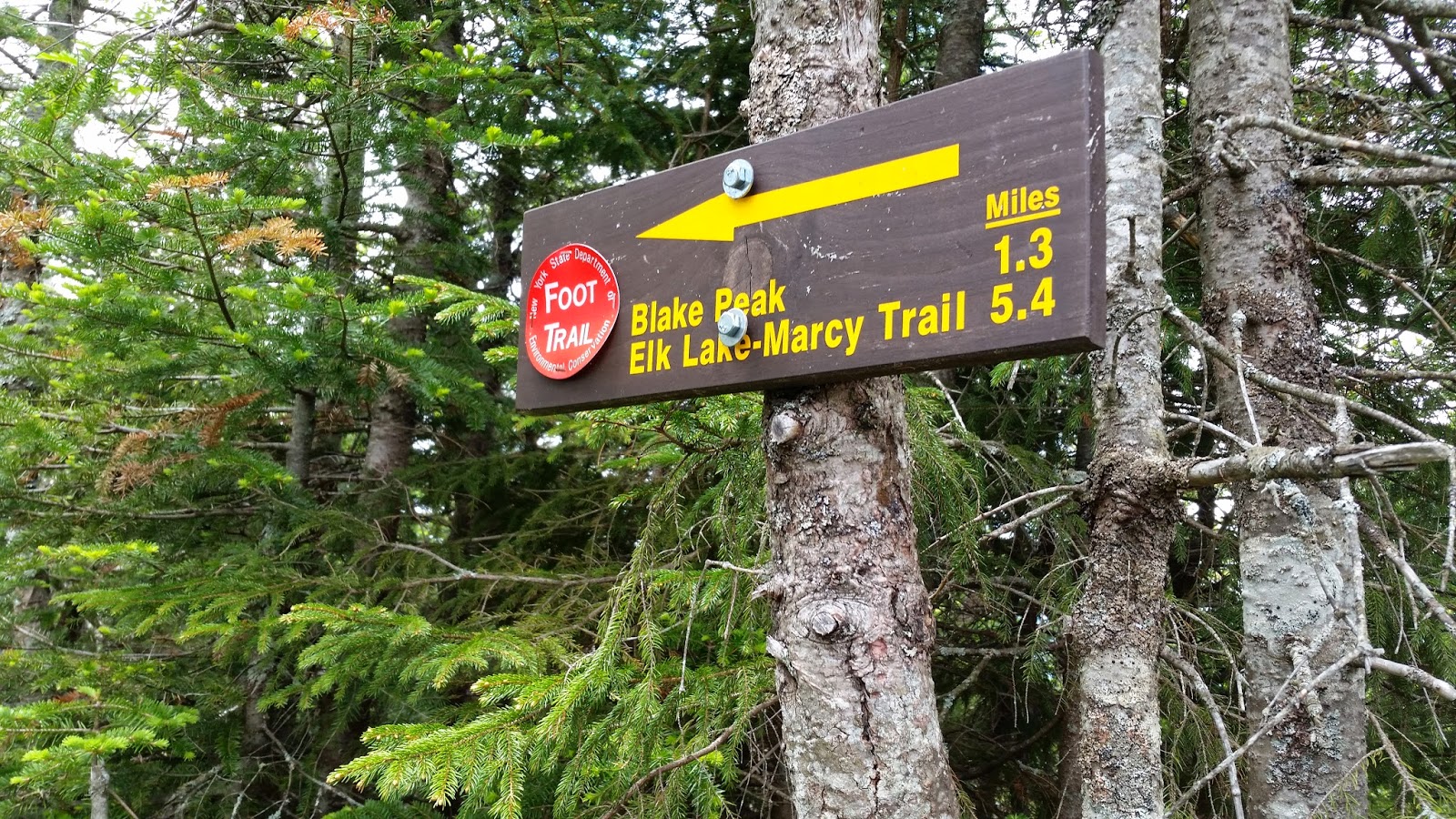 Down, down, down in to the col. And then STRAIGHT back up Blake. I had loved every bit of the hike up Colvin, but love was not in my vocabulary for long after leaving the summit and heading for Blake. The trail is super steep and rugged. I prefer a more moderate approach. Regardless, up Blake we went, reaching the summit at 2:30pm. 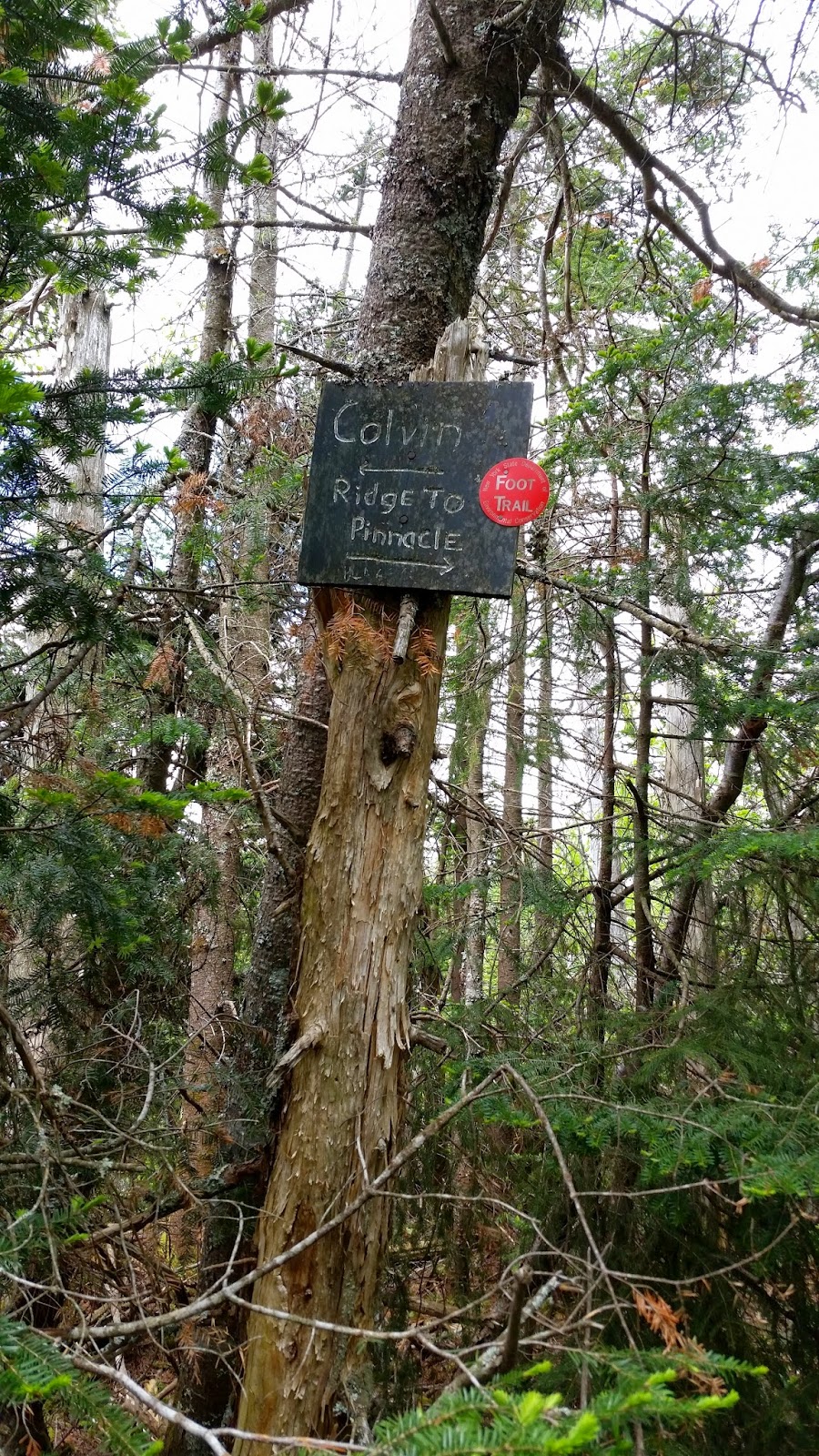 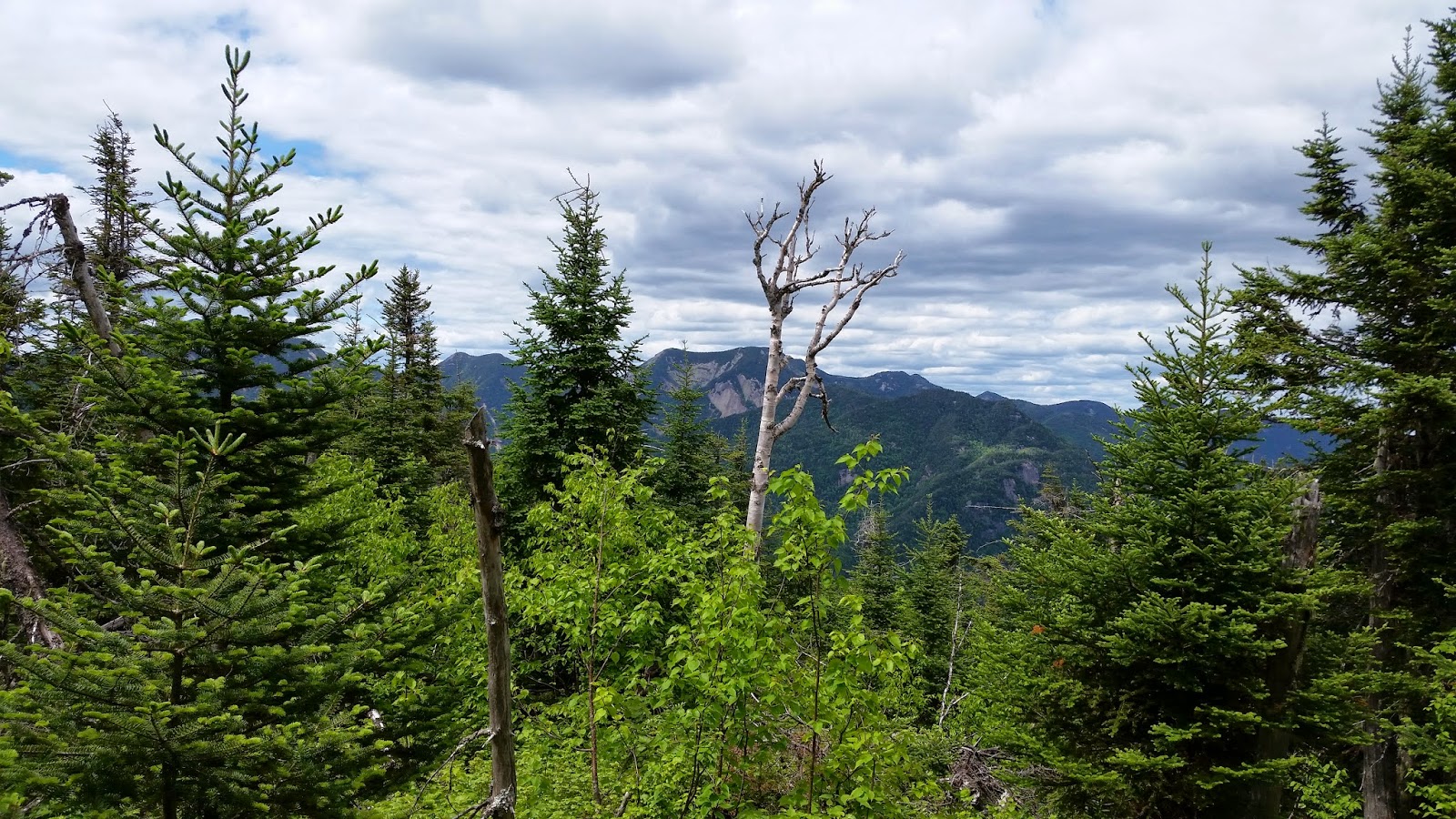 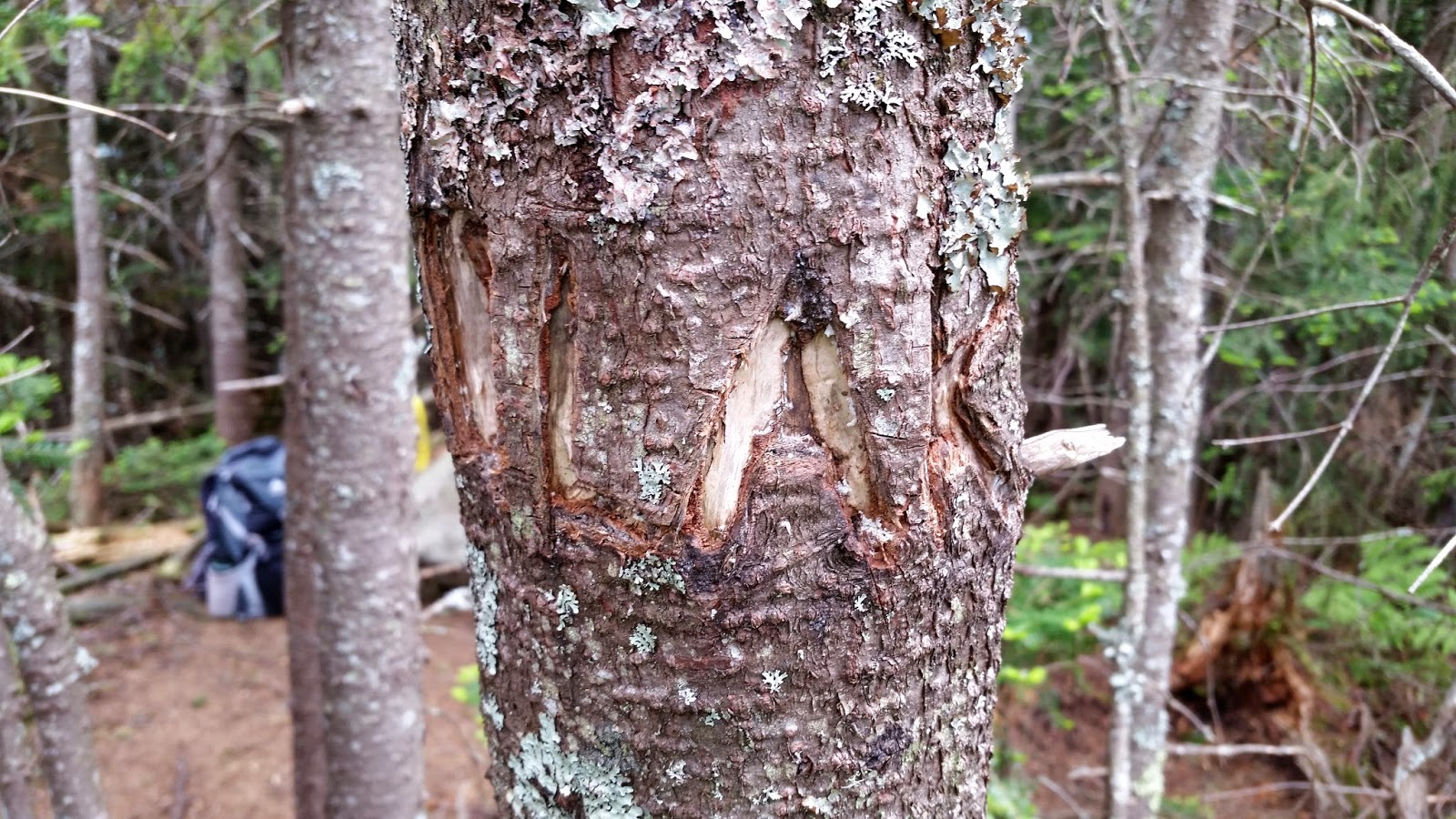 We took more photos, although the summit is rather unremarkable. There is no benchmark and not much in the way of signage. The views are limited and the summit was crowded with several other parties. We enjoyed chocolate bars and a brief rest before turning back towards Colvin.

We summited Colvin for the second time at 4:20pm, where we took a few final pictures and prepared for the long hike out. We barreled down the mountain as fast as our weary legs would take us, reaching the Lake Road around 6:30pm. Before leaving the Gill Brook Trail behind us, we stopped to splash icy water on our faces and put away the hiking poles. I know people complain about the Lake Road at the end of a long day of hiking, but I was nothing but thrilled to see the level terrain. I was even more thrilled to see the gate, the register, the car, and even (or most especially) the port-a-potty. In fact, I think it's safe to say that was the first time I was EVER happy to see a port-a-potty.

All in all, we were on the trail for just under 12 hours and covered somewhere in the neighborhood of 14.5 miles. We scored some celebratory sherbet coolers from Stewart's before starting our return trip. The drive home was nowhere near as smooth or as quick as the drive up. It was after 1am before we pulled into our respective driveways, desperate for showers and beds.

The only new gear I used for this adventure were my trekking poles: Black Diamond Women's Trail
Posted by a/k/a Nadine at 9:15 PM

Excellent! Wish I were in good enough shape and close enough to join you!!!!