The Golden Harvest Festival is held every year on the first weekend after Labor Day. This year was the 37th annual festival. It was also the first time my nephew attended, at 2.5 years old. My sister figured he was old enough to get a kick out of things like the hayride, petting zoo, and games in the Super Natural Midway. She was right, of course. 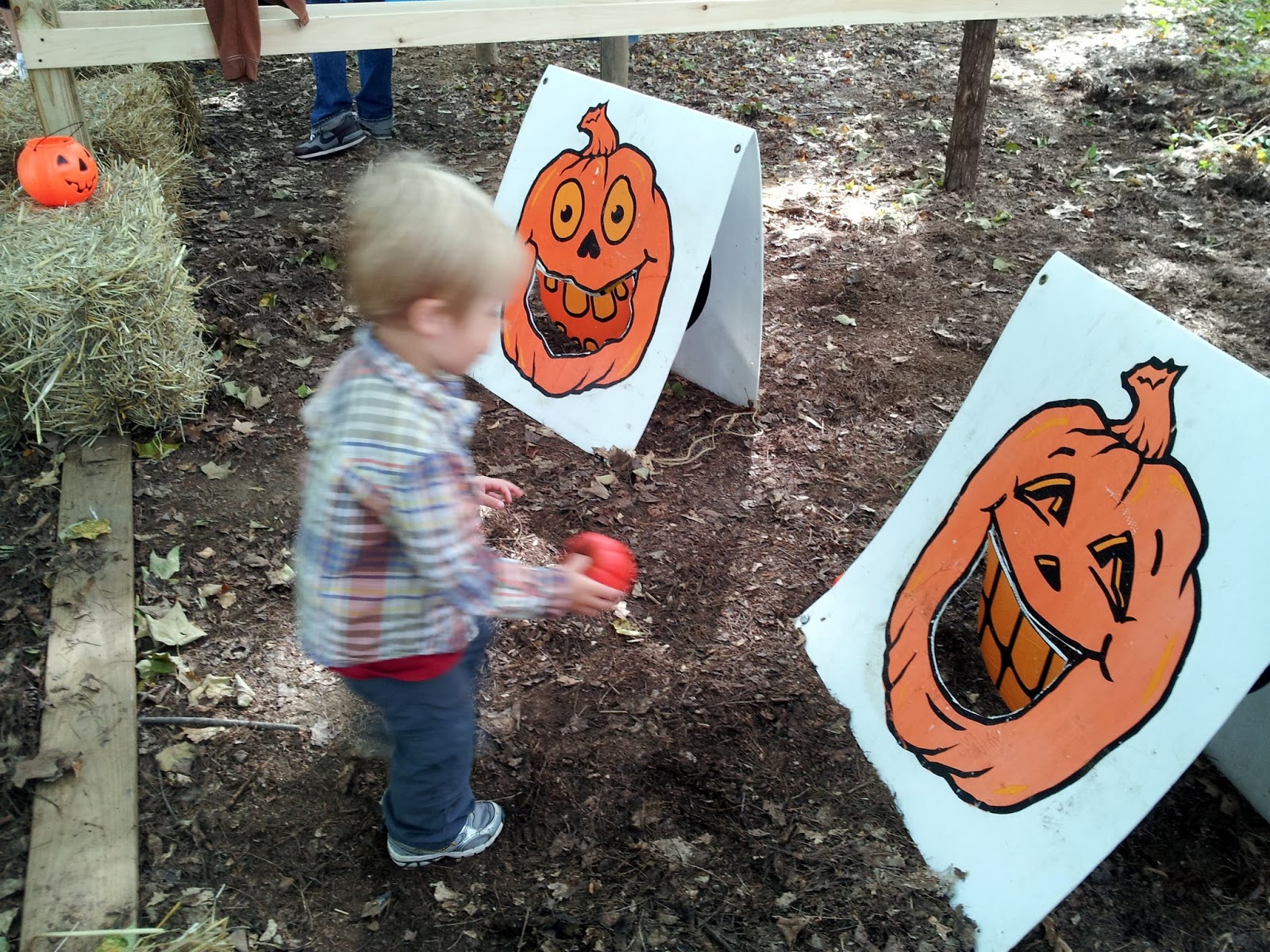 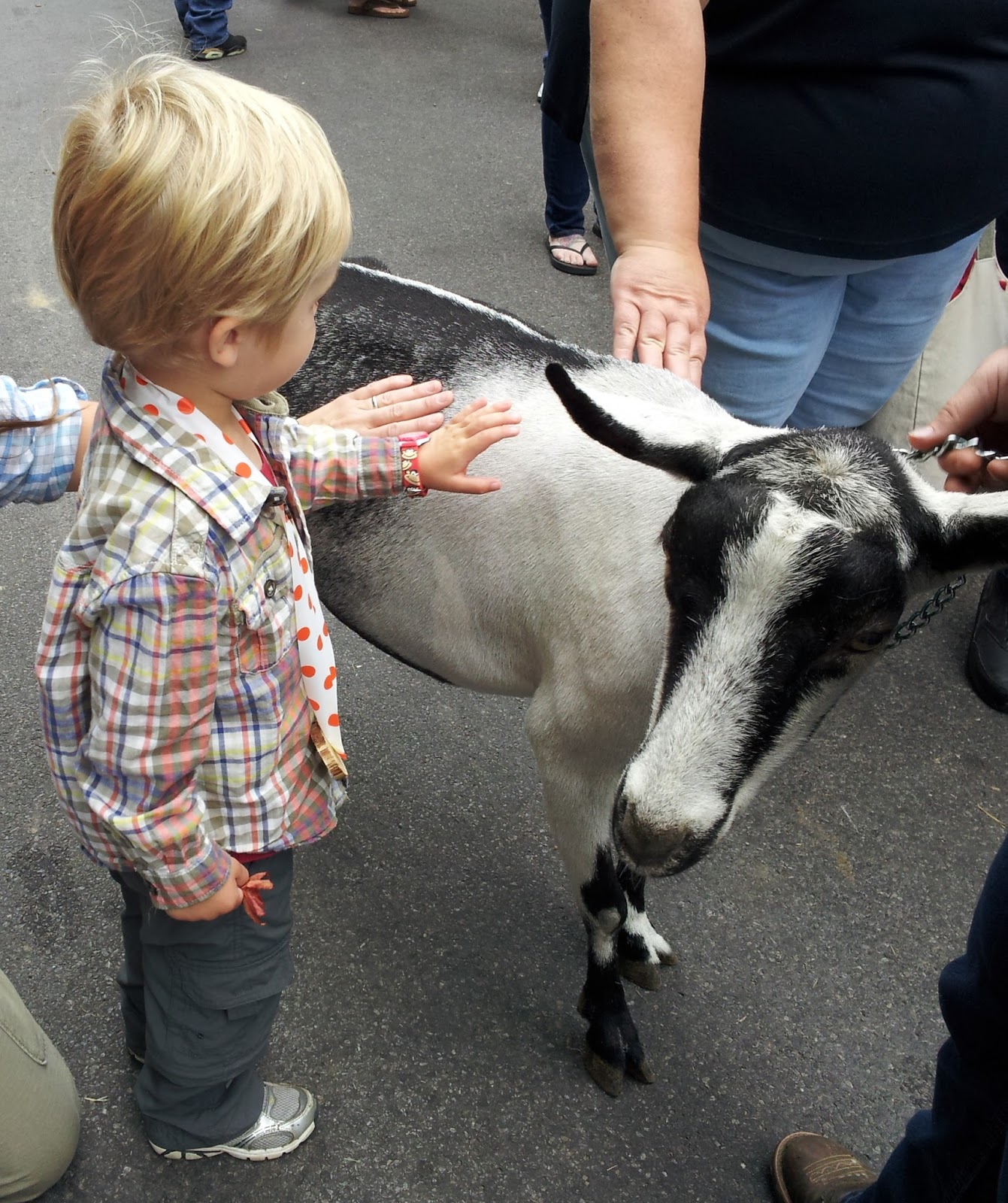 The three of us went Saturday morning shortly after the festival opened. Rain was forecasted for later in the day, but it arrived earlier than expected. We ate lunch sitting on the ground inside the food tent, shopped the used books inside the nature center, and stopped into the craft room to make a flower with paper and a pipe cleaner before calling it a day.

I was bummed because the line for the donuts was too long to even consider waiting in. I am not a fan of cake donuts usually, but these are simply the best donuts ever. Hot and melt-in-your-mouth, cinnamon-sugary goodness. So Sunday morning my husband and I decided to try again. We arrived minutes before our long-time friend took the stage with his magic act, so I left my husband there to save our bale of hay and I dashed down to get cider and donuts. Perfection! 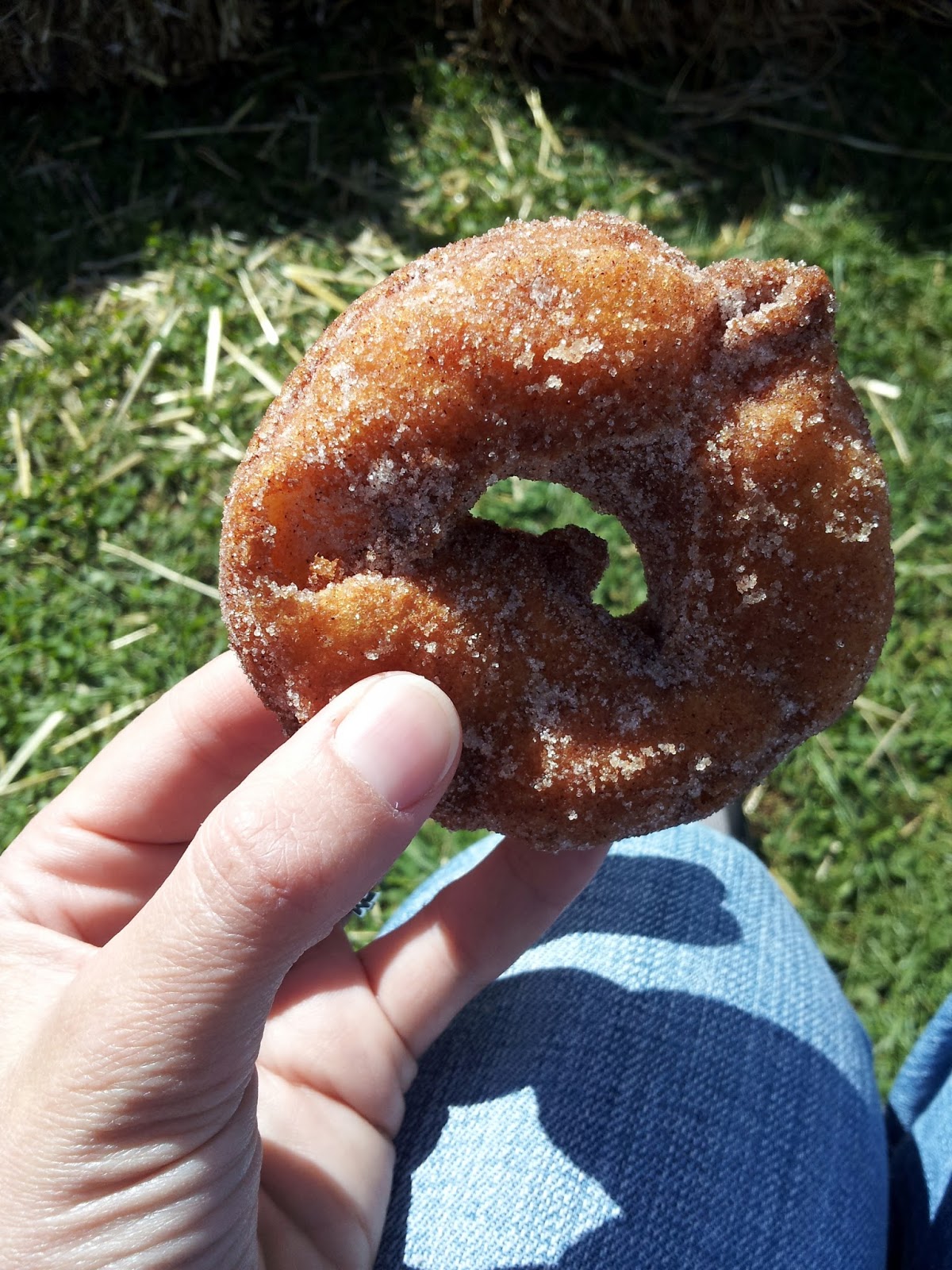 Before leaving we walked down to the lake to take in the beautiful day. As we exited, one of the volunteers handing out programs asked what our favorite part of the festival was. Naturally, I said "the donuts!" 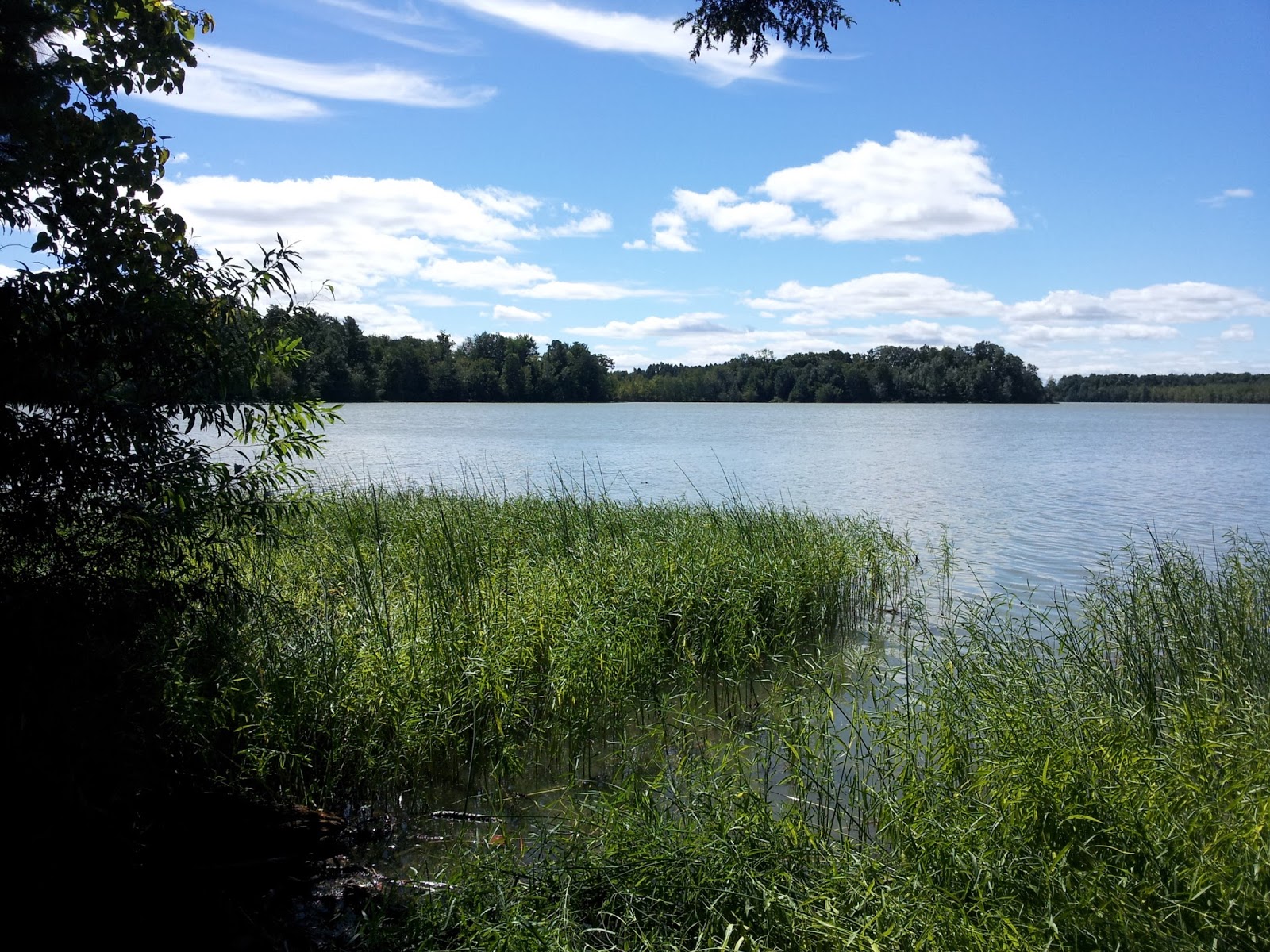 But really, the best part is the lake and the trees and the NATURE that is there year round.
Posted by a/k/a Nadine at 8:19 PM

Email ThisBlogThis!Share to TwitterShare to FacebookShare to Pinterest
Labels: Hobbies and Interests