We took a short two-night campering trip to Eighth Lake Campground, just north of Inlet, NY this weekend. On Saturday morning after we enjoyed our English breakfast tea (me) and French-pressed coffee (him) we headed out for a hike to several nearby lakes. Because I'm still recovering from the tailbone injury (and came down with a cold Friday night), we opted for a shorter hike at 4.6 miles round-trip. 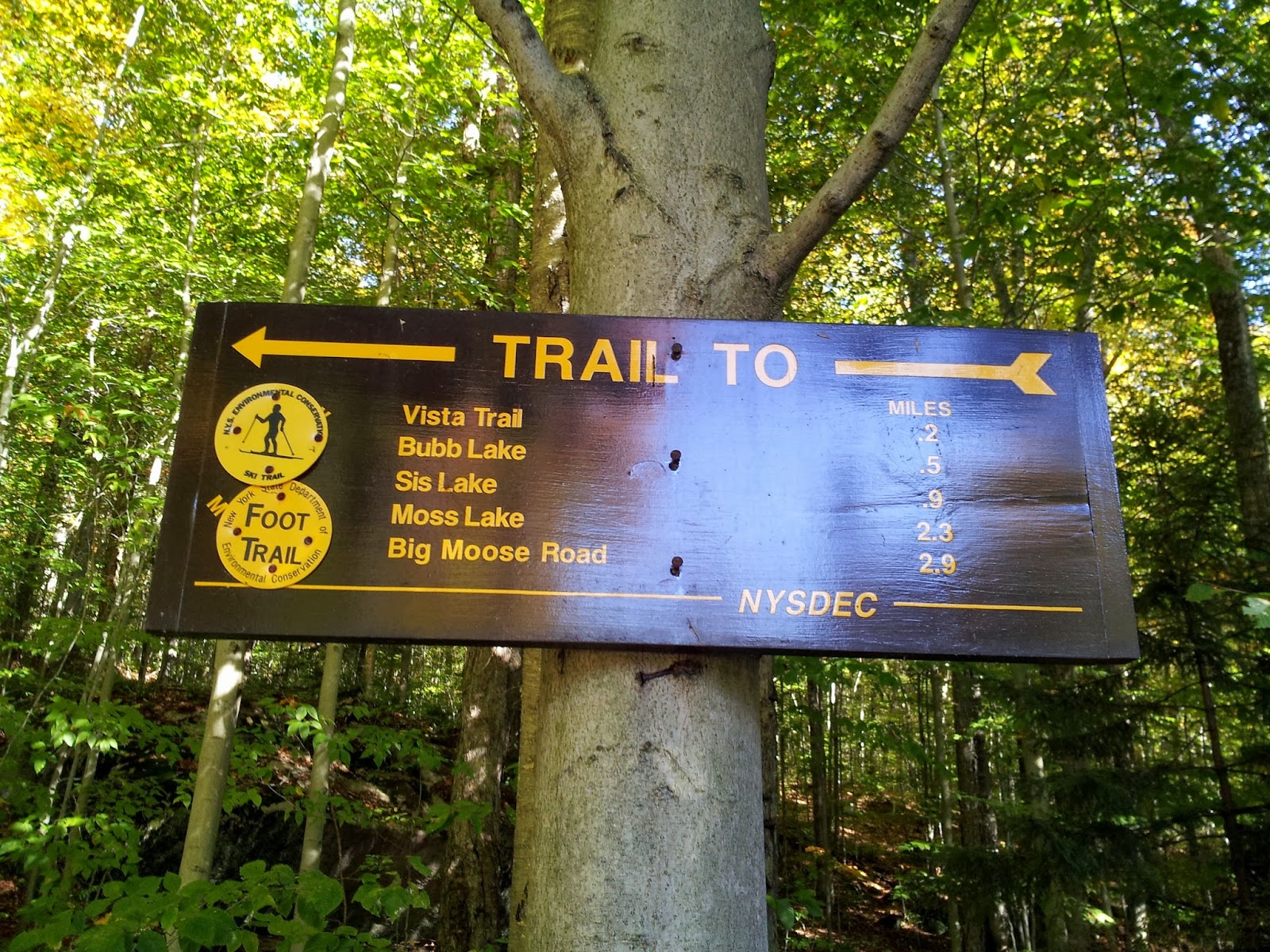 The fall color was much more spectacular in person than it appears to be in the photos. The entire trail was what we classify as "Adirondack flat," meaning anything from reasonably flat to rolling topography. We reached Bubb Lake in no time at all. 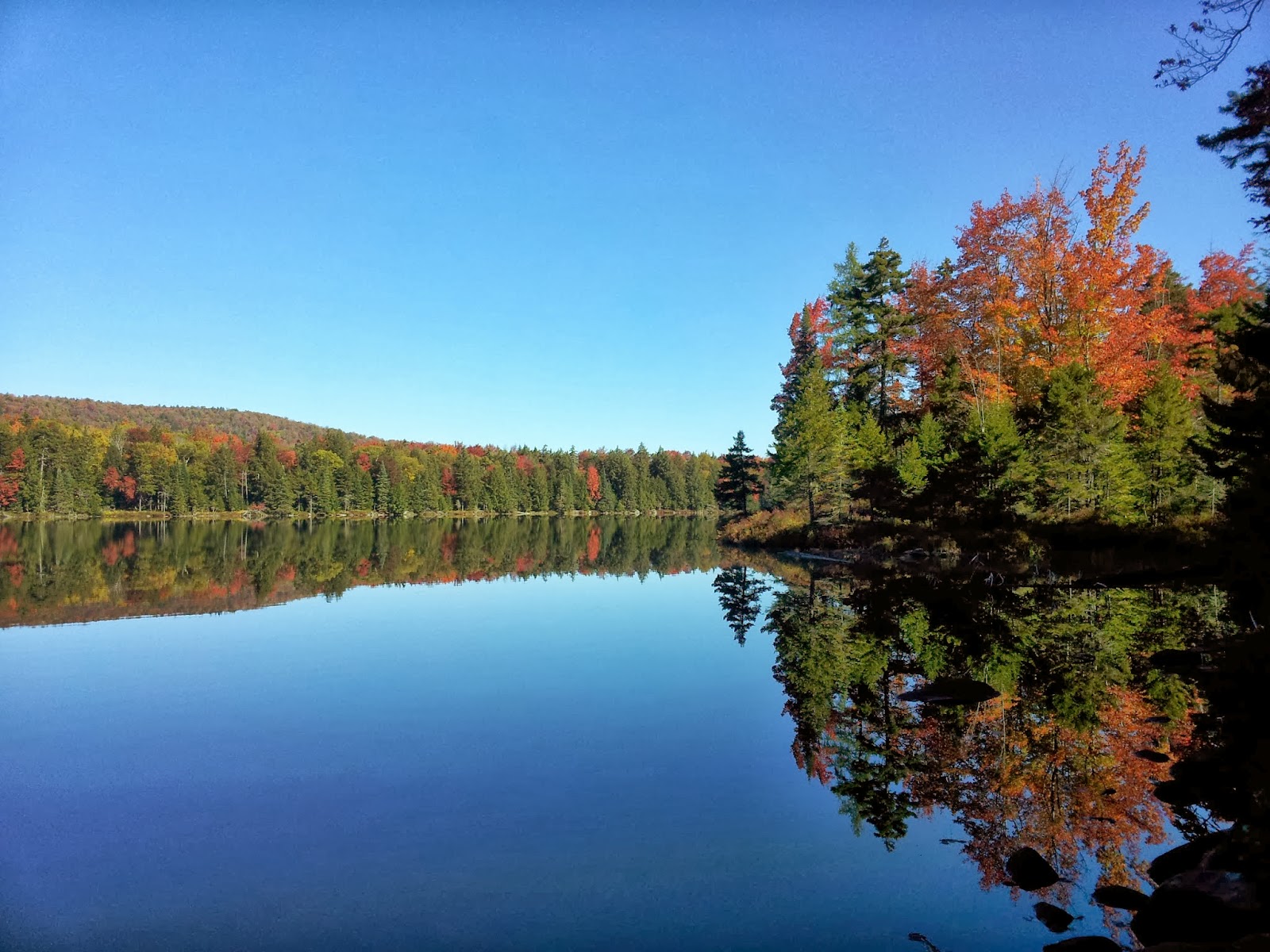 Sis Lake was only a short ways further along the trail and was charmingly small (pond-like, really). 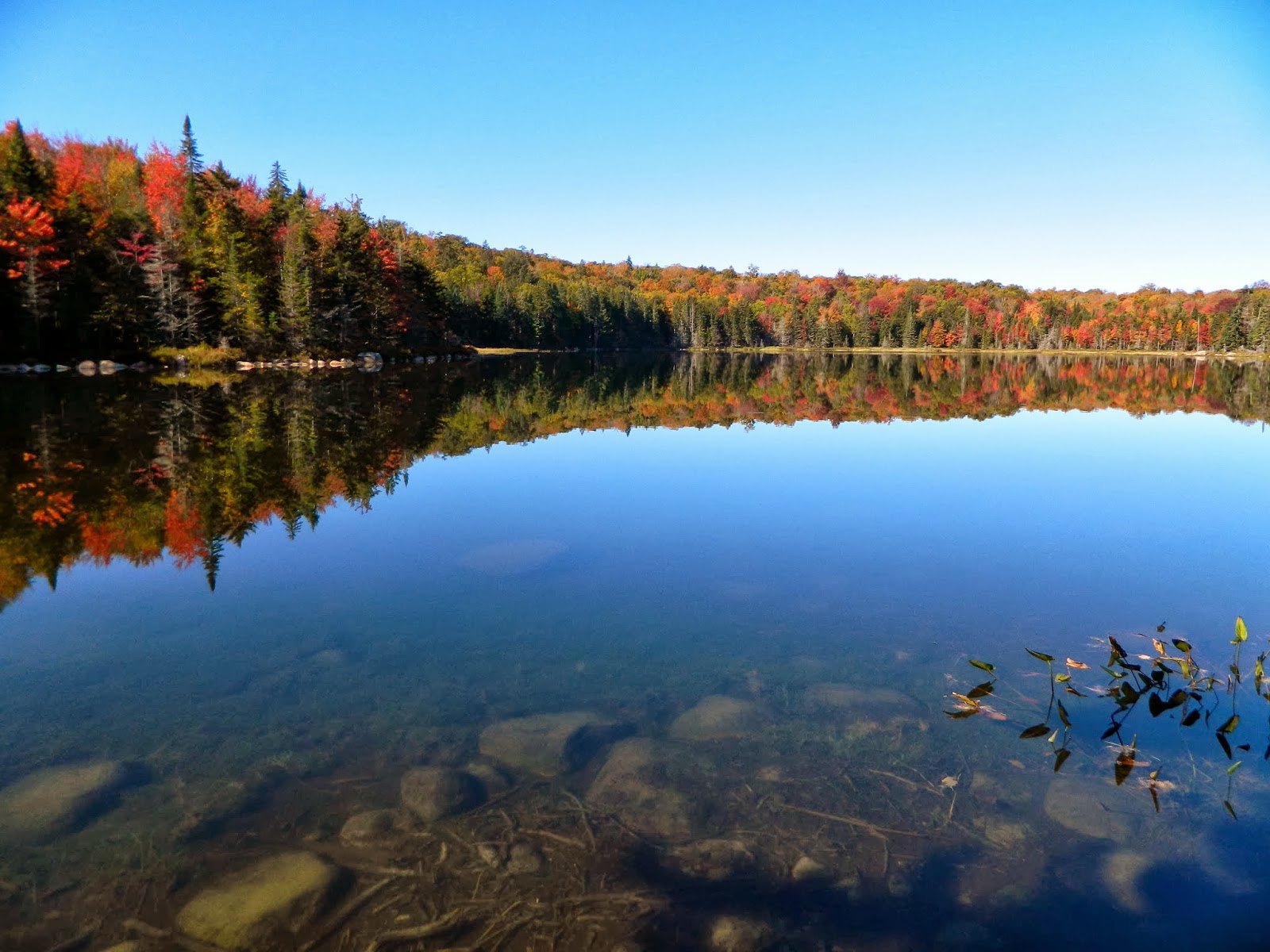 From there the trail made its way between the two lakes. At one point we crossed a short boardwalk where we could see both lakes, one on each side. 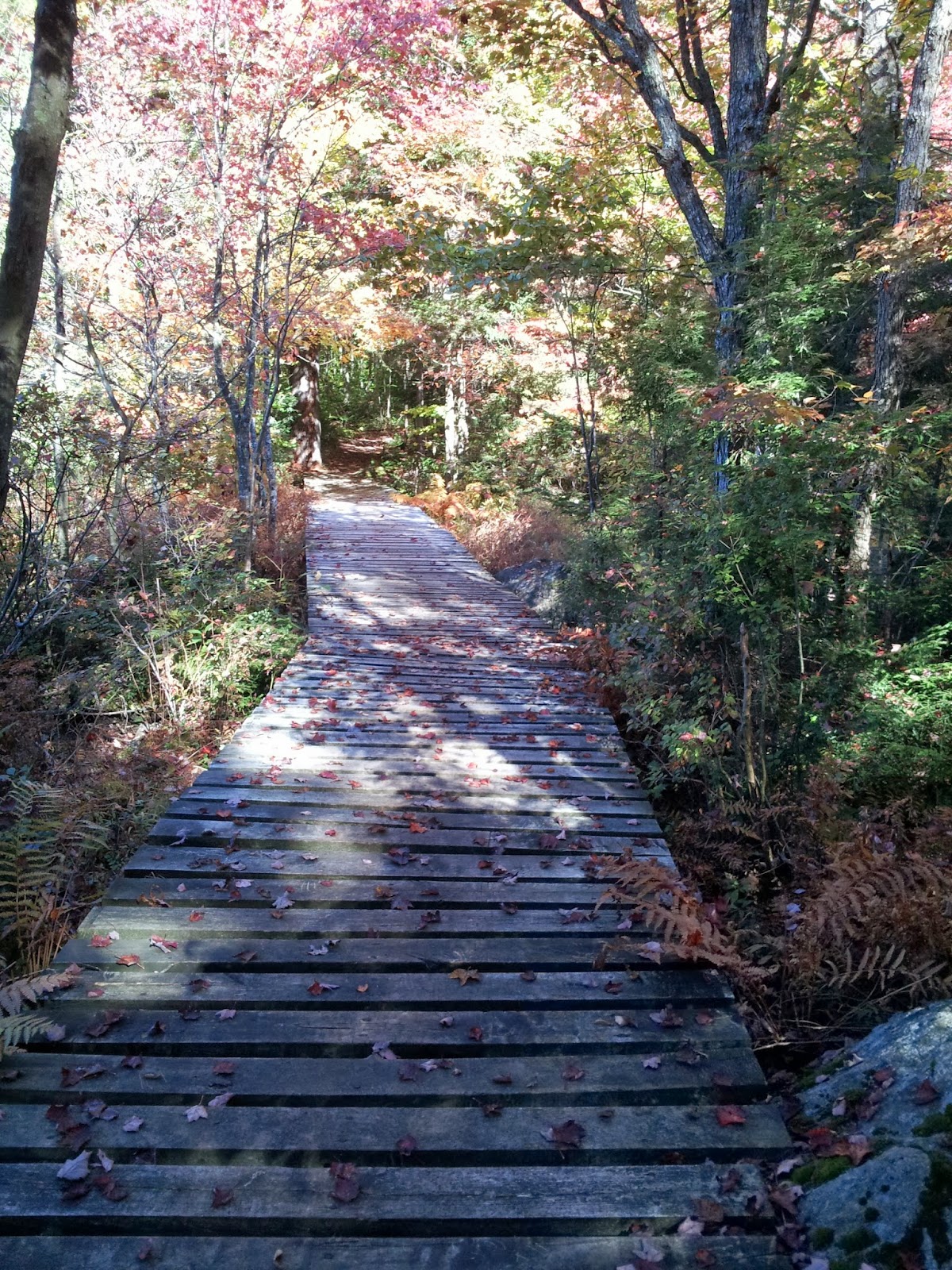 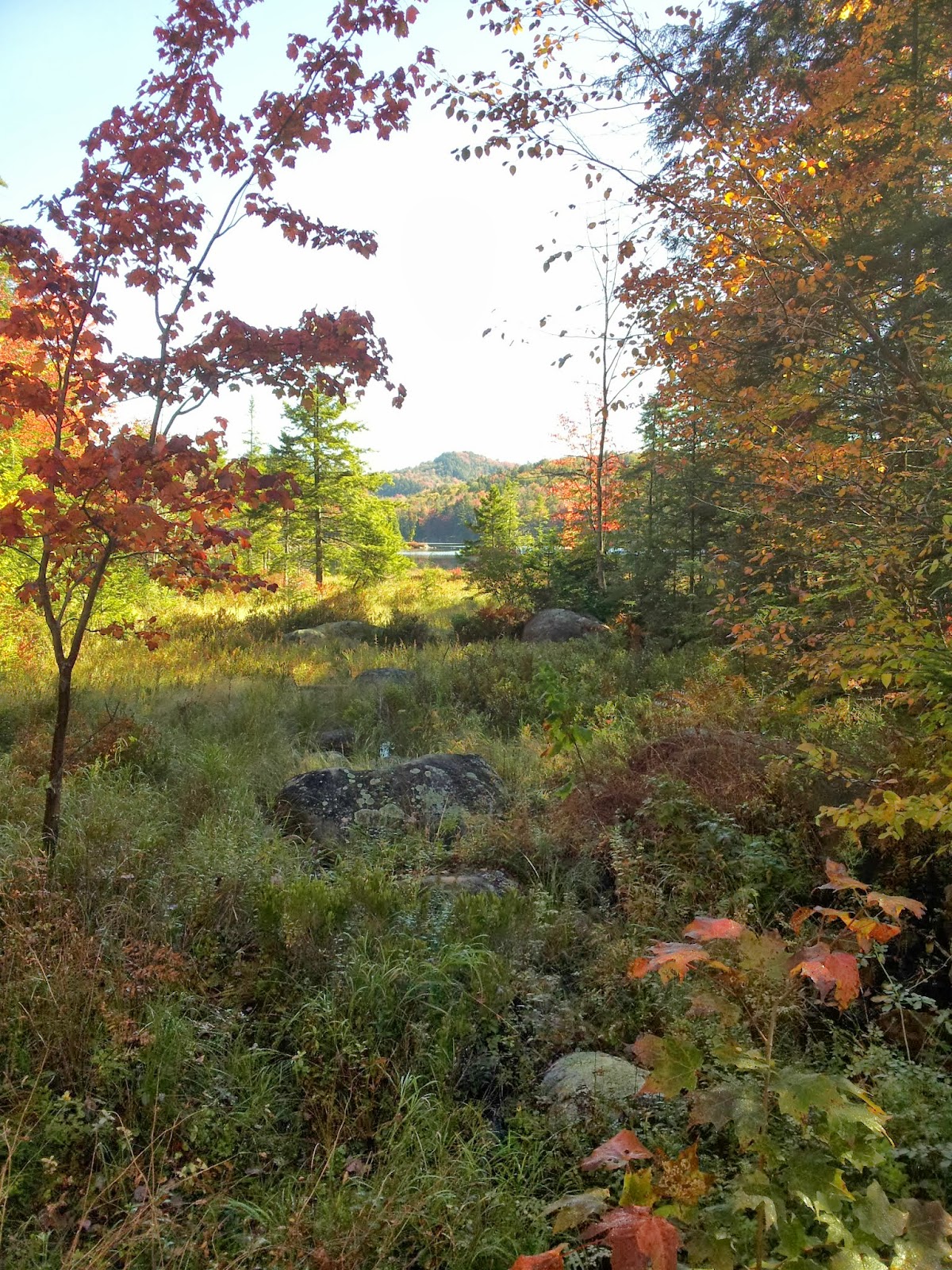 Leaving Sis Lake behind the trail then followed the shoreline of Bubb, opposite of where we first came out to the water. 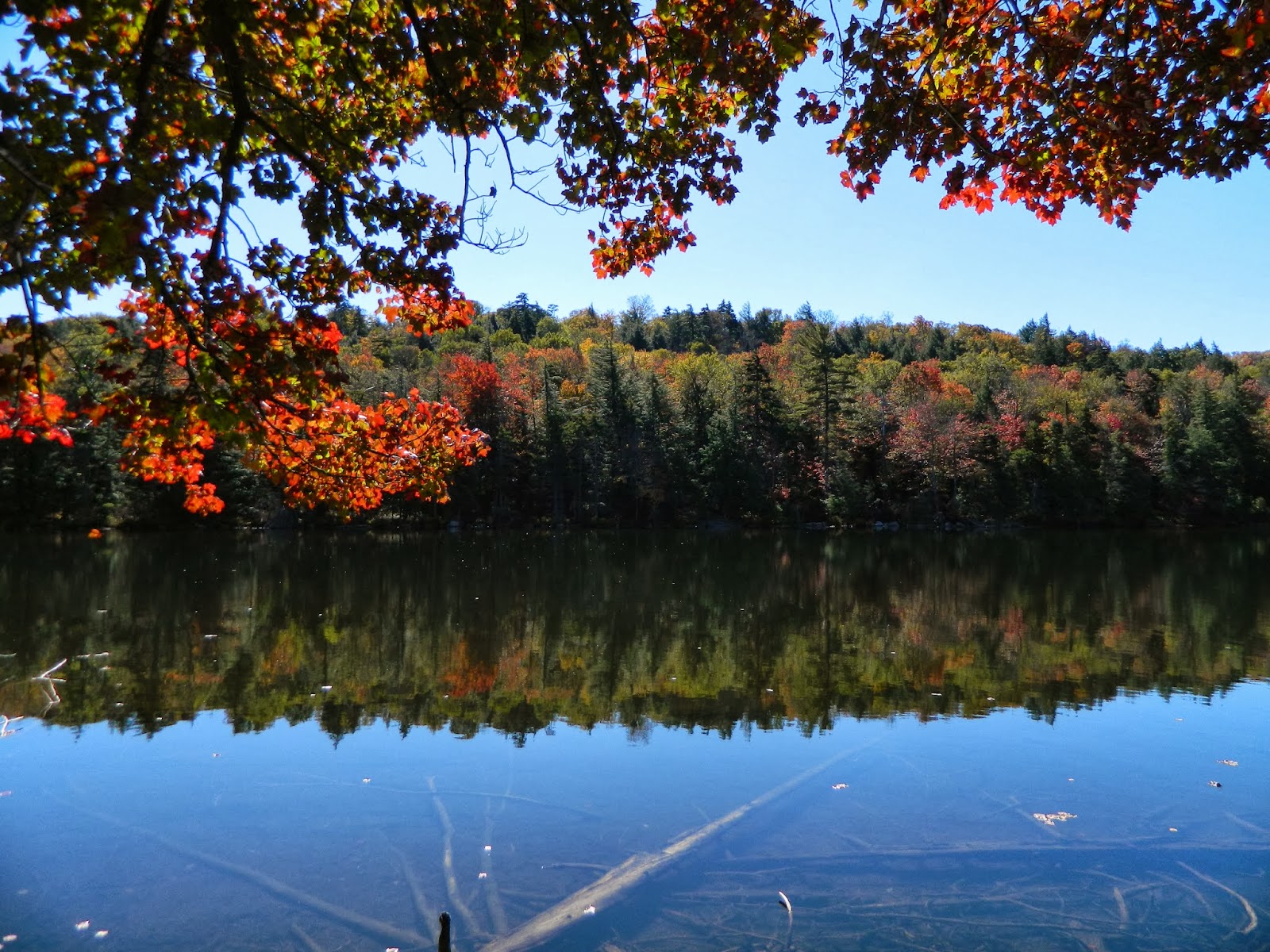 Eventually the trail headed through the woods towards Moss Lake. We expected to have lake views there as well, or we would not have continued on, but alas, we could only see hints of water through the trees. (This prompted me to purchase a National Geographic map of the area when we got back into Inlet. I prefer to have a better idea of where we're hiking.) Fortunately, we enjoyed the entire hike and the beauty of Sis and Bubb. Plus, the weather could not have been more perfect!
Posted by a/k/a Nadine at 9:06 PM

I loved camping there, backpacking in to the campsite--it was so lovely. And I know what you mean about Moss lake but I went down to the shore. I have a journal somewhere from that trip--I wonder if I can find it.

We decided we would wait and hike around Moss Lake on another trip since we go up there so frequently.