Weekends are for unwinding and spending time with my son.

The rain was relentless on Saturday. We went to Target for baby wipes and Kraft Parmesan cheese (my favorite grocery store doesn't keep it in stock in hopes that I will buy their store brand, which is never gonna happen). I tried putting my son in his full-body rain suit so we could play outside, but he was inexplicably terrified by it. By the time Sunday rolled around I was DESPERATE to get us outside.

After our usual grocery store run, we met my father, sister, and nephew at the pumpkin patch. The rain was gone, but in its place was a ferocious wind. I bundled my little guy up, but even so it wasn't the most enjoyable weather. We loaded 3 pumpkins in the car and headed back home for lunch and nap while the others went for a hay ride and played in the corn maze. I was sad to cut our outing short, but I am a firm believer in the importance of sticking to meal and nap schedules.

The wind had died down by the time my son woke from his nap, but I didn't want to drive anywhere else. Plus, it'd been a full week since we had time to play in the yard and I wanted to be home and available for him to have a visit from his father. So snack bar in hand we went outside to romp in the leaves and stayed out until it was time to cook dinner (or you know, boil water for pasta). I had splurged on his favorite pasta sauce, so we both ended the weekend with nice full bellies. 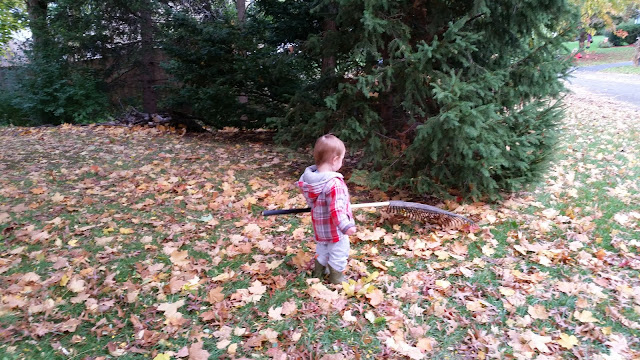 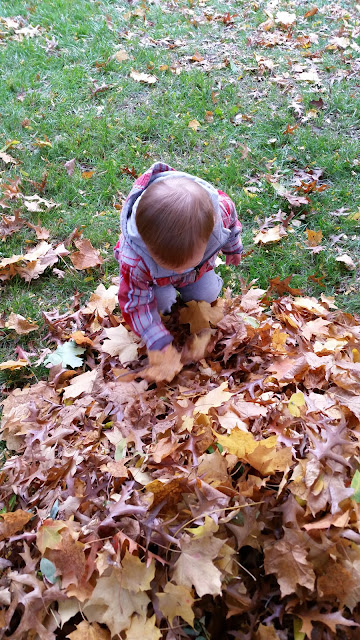 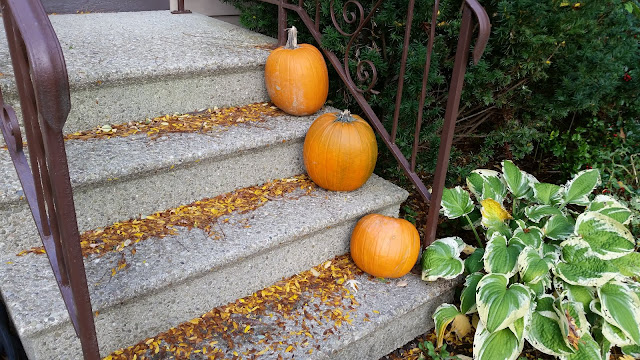 Linking up with Karen at Pumpkin Sunrise.
Posted by a/k/a Nadine at 3:29 PM

Sounds like a fun if generally quiet weekend. No pumpkin patch for us, though. Hope yr next one is fun!!!

he looks so little among the leaves! looks like the perfect weekend to me :) I love this time of year and the visual wonder it brings.